When Steve Jobs developed the iPhone in 2007, I’m not sure he realized how revolutionary it would be. I’m sure he knew that he made communication, web surfing, and music accessible on one device.

Also, I don’t think that the engineers who created the vibrate mode decades ago realized the future capabilities beyond alerting us to pages, messages, or phone calls.

Did they foresee that people across the globe would feel this vibration and, perhaps, want more of it?

App developers realized this desire, and they have created many vibration apps and app-controlled vibrators in recent years.

Lonely people locked up in their homes alone? App Store, here I come! 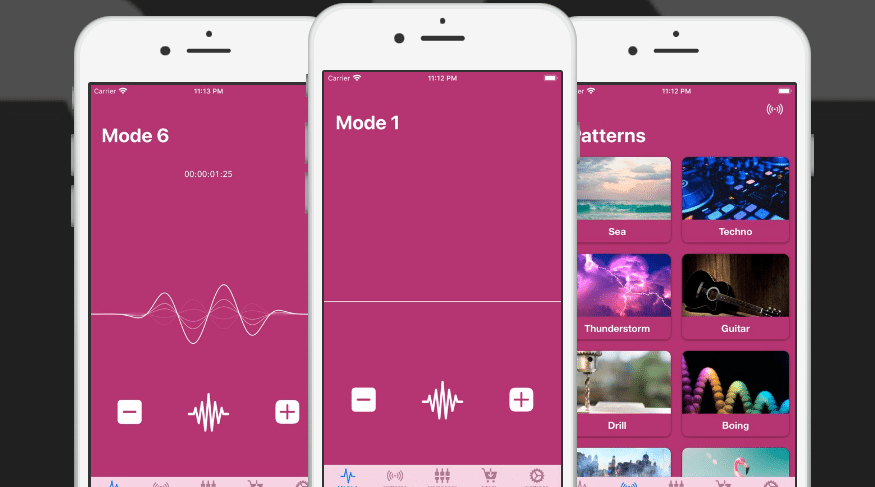 The VibraTool has a pretty awesome free version with twelve different patterns accessible. You can use everything from the Rumble to the Sparkle Patterns.

However, the free version only has one mode available, and it lacks strength. It gives just enough of an itch to get excited, but it didn’t get me quite over the edge.

A small fee allows for maximum active mode (more intensity) and the removal of ads. 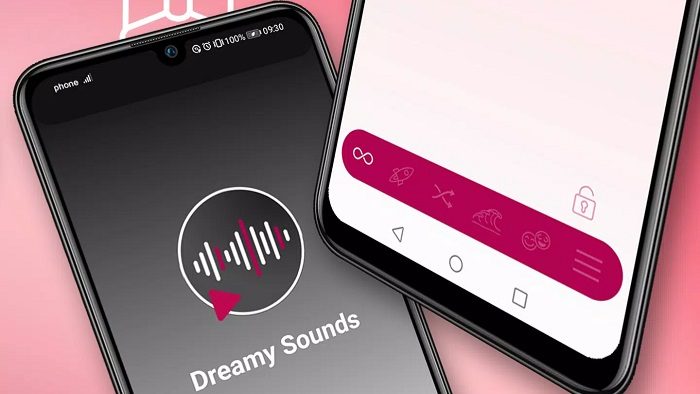 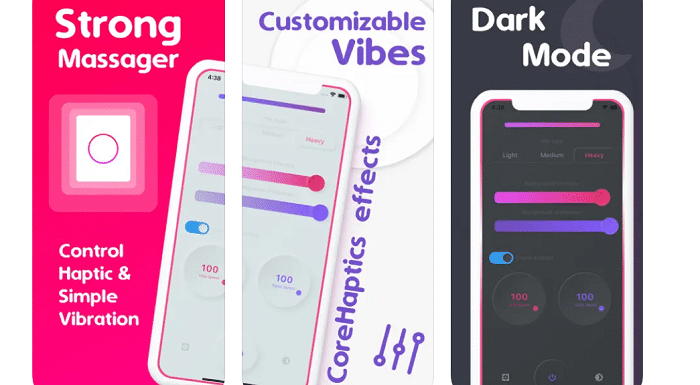 This app gets props for its clean interface and multiple settings. Options include light, medium, and heavy hits, background intensity, and background sharpness.

You can also disable sound. Just press the power button to start. Did I mention it’s completely free? 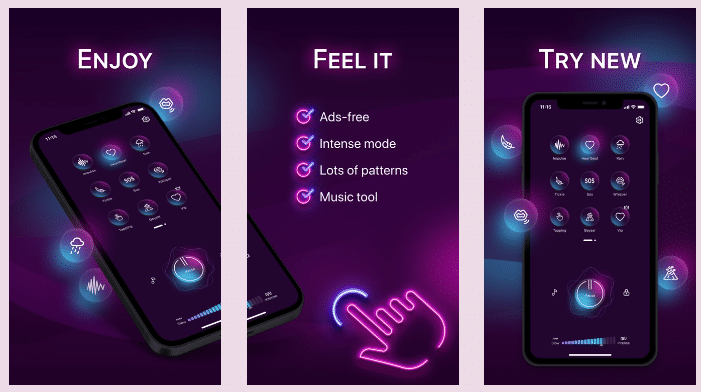 I’m not going to lie. I enjoyed the SOS mode on this app. The interface is pretty great, and the free version gives you access to eight modes, including my favorite, SOS, and the Bomb and Impulse modes.

The free version also allows you to do high intensity, which usually isn’t accessible in the other apps, without paying.

A nice feature is that you can lock the screen while you’re pleasuring yourself, so you don’t accidentally switch modes or turn it off before you’ve climaxed. Payment unlocks music, more modes, and gets rid of pesky ads. 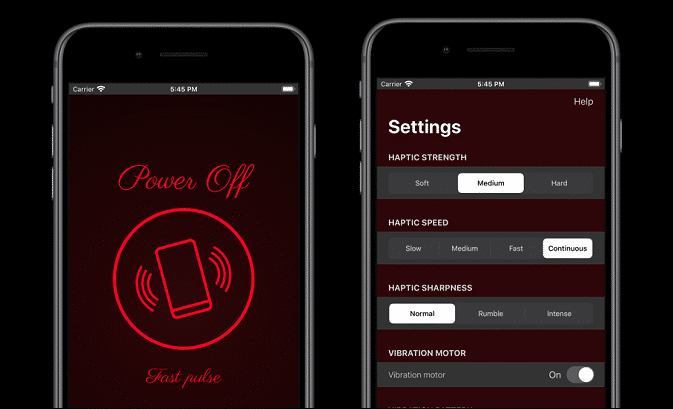 The free mode on this app is okay, with soft haptic strength included – medium and hard are paid access only. However, haptic speed is unlocked except for the highest one (extra fast, I suppose?).

In the free version, haptic sharpness only allows normal, but premium unlocks rumble and intense sharpness. Vibration patterns include slow, medium, and fast pulses—with seven other patterns opened for a one-time fee.

In short, if you’re someone who likes fast and hard with a side of high intensity, this app is for you. 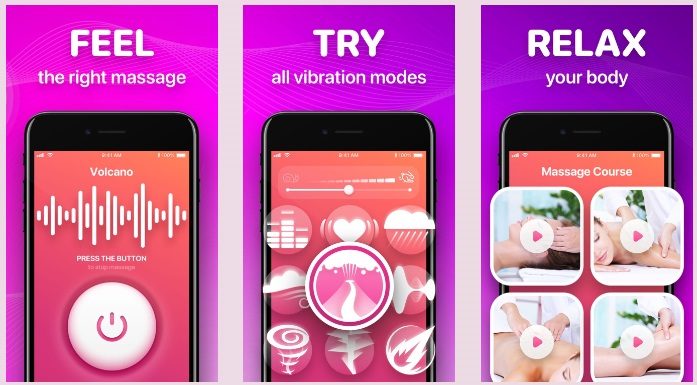 Users of this app highly rate it for its twelve unique modes and fourteen levels of intensity and strength.

Unfortunately, the free version is pretty lame unless you can orgasm with the feeling of someone lightly tapping you every few seconds.

That’s kind of what the Heartbeat mode on soft felt like, which isn’t entirely mood-enhancing. The paid options sound much more orgasm-worthy with Tornado, Tsunami, Volcano, and Meteor modes.

I never knew that weather phenomena could be so sexy! 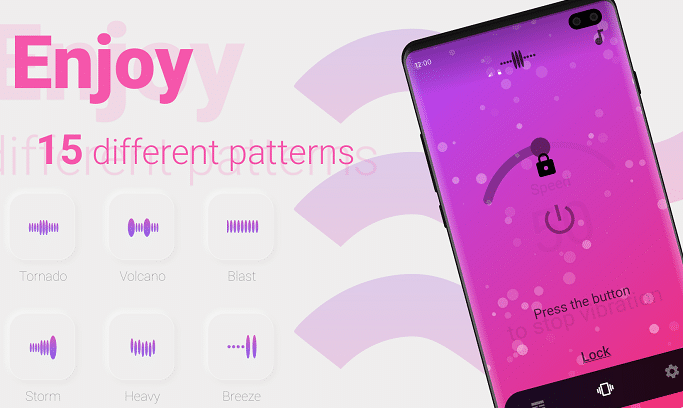 If you want to feel relaxed, try the contrasting vibration patterns in this app. The app will deliver the most potent vibrations your phone allows with various vibrating melodies.

The mobile massager includes pleasant sounds and fifteen different vibrations with speed control. The Google Play Store says that you can use this app to “calm a cat,” so maybe you should try that?

It is not safe to insert your phone vaginally, but placing your cellphone externally on your clitoris is entirely safe. However, it’s best to wipe your phone before and after use.

How do I clean my phone after I use it?

You should thoroughly wipe your phone with a cleansing and disinfecting wipe. 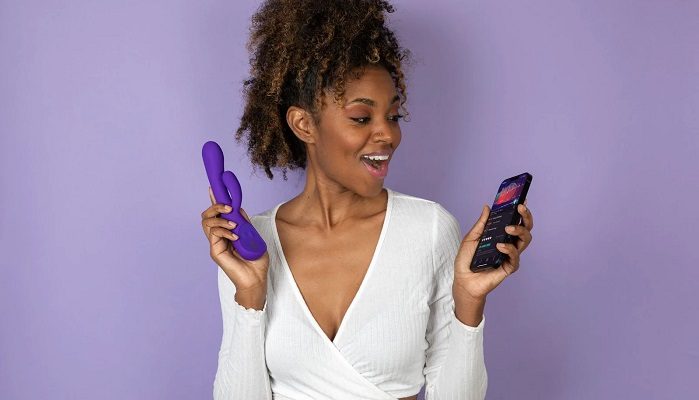 These are the best overall: 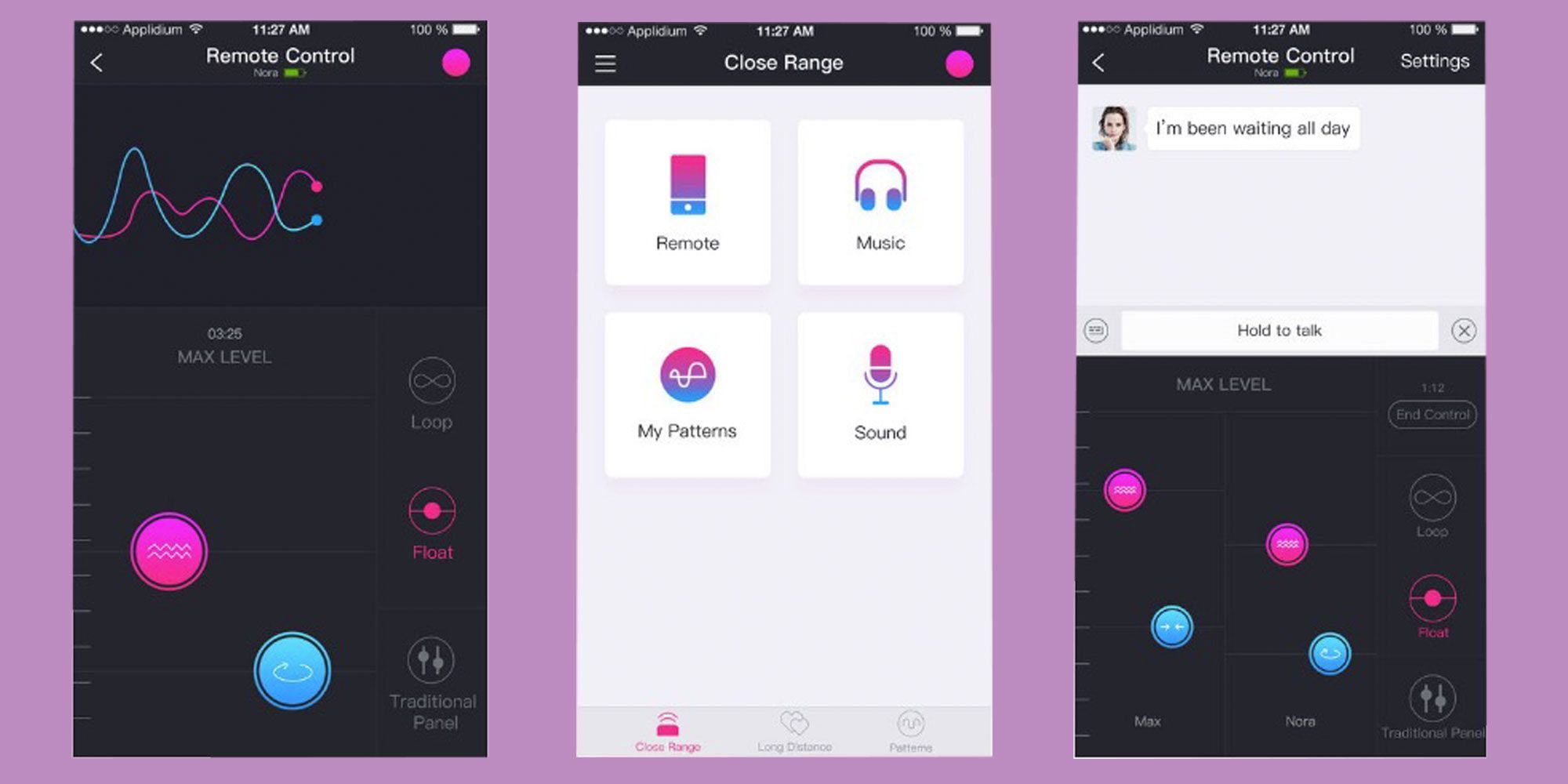 Lovense is no stranger to the sex toy industry, with products from their Dolce to the Lush 3 and others in between. Lovense products are controlled by the aptly-named Lovense Remote app.

As if that wasn’t enough reason already to purchase a Lovense toy, the app also has an alarm so you can wake up with a nice vibrating pulse and an orgasm to start your day. 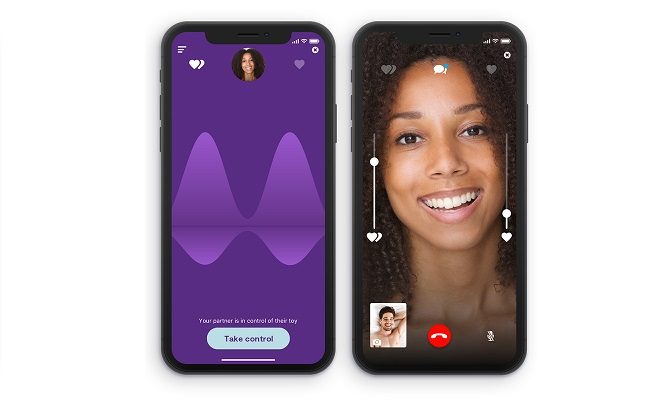 All of their products except their Tango and Touch product lines can be controlled via the We-Connect app. The app allows for video calls and the ability to control each other’s vibrations and pleasure from across the globe.

And while there was a class-action settlement in 2017 with We-Vibe, it is encrypted and protected on secure servers now. 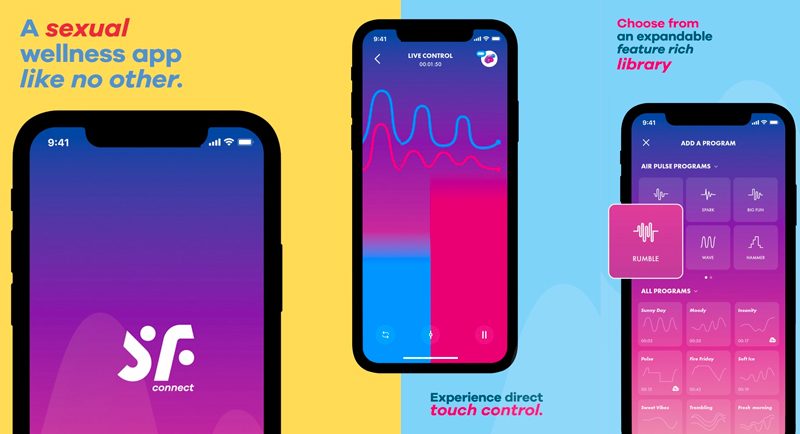 Satisfyer makes popular vibrators like the Satifyer Little Secret all the way to the Curvy 3. Their app, Satisfyer Connect, allows you to create your own vibration patterns and share them with other users if you choose.

You can orgasm to the beat of your Spotify or Apple playlist all while video chatting with your partner. They also have a new series of Remotyca (remote-controlled erotica) available that buzzes along with the story you’re listening to. 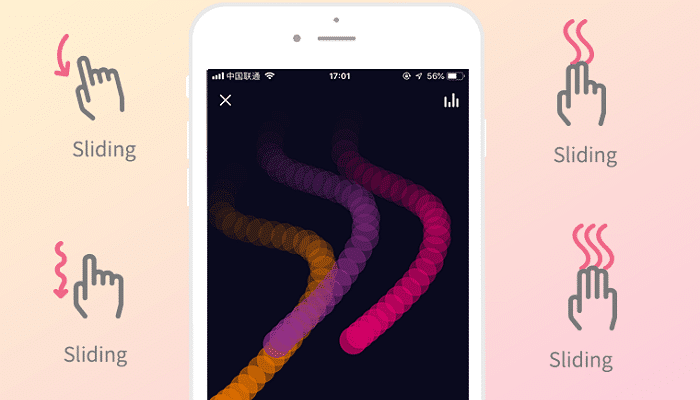 Magic Motion is a smart brand that was established in 2013. Users can connect to a variety of Magic Motion toys via Bluetooth, and then explore pleasure through music, voice chat, vibration, and games.

While the app offers its own patterns, you can make your own pattern by “finger painting” on the screen. One feature is that you can play games (offered by a 3rd party) with your partner.

Not sure what’s better than playing games and having an orgasm. Experience music as the app vibrates to the rhythm, or set it to vibrate to your lover’s voice so their every word ignites internal fireworks. 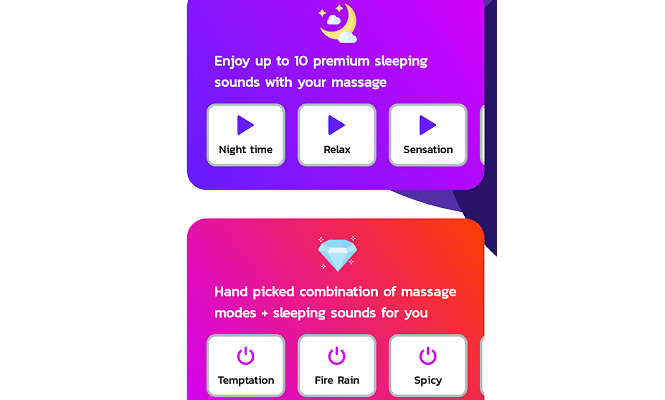 Vibrava is a new concept in sex tech apps because it is not tied to a specific sex toy company. Currently, the Vibrava app supports multiple brands and over 100 vibrators.

So, for example, if you have a Kiiroo Pearl 2, a LELO F1s, and a Libo Elle, the Vibrava app can control all three! No need to hop from one app to another for controlling your sex toys.

Like other apps, it comes with a set of pre-made vibration patterns with the option of customizing your own. 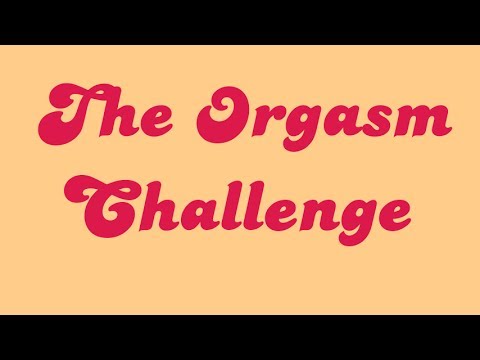 What should I look for when purchasing?

First, check the material, size, and shape. Then, once you discover that it will provide what you need, it’s also crucial to check its app’s remote capabilities.

Can I use it when my partner is traveling internationally? 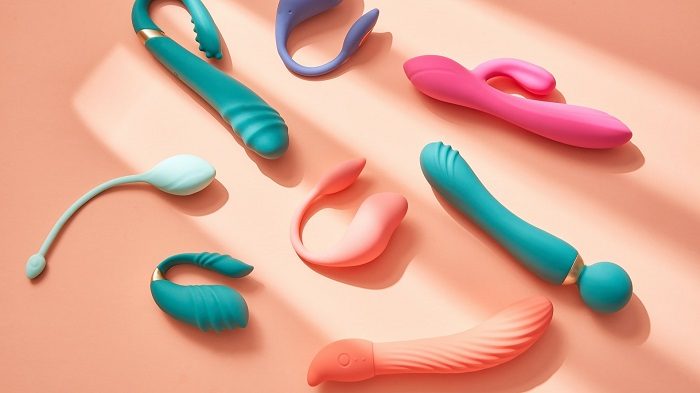 Most vibrators today are silicone. This is because they are soft and easy to clean.

Surprisingly, yes! Vibrators of yesteryear used to be so loud.