We know playing with yourself can be a lot—and we do mean a lot—of fun. But there’s nothing quite like doing the same with others, and extra so when it’s with more and more and more people.

Alas, wrangling up one person to do sexy stuff with can be problematic at the best of times, and trying to do the same with three or more is practically impossible.

To help set you on your path towards these amazing domains of virtual kink, we’re here with our list of the eight best you can play right now. Including their good points, their bad, what to consider before delving into them, and more so you can choose the perfect one for your own single or multi-partner pleasuring.

If you don’t have time to go through the entire post right now, here’s the winner!

The Most Innovative and Immersive Online 3D Sex Game

Unlike games where the option to play with other people can feel like an afterthought, 3DXChat was planned from the get-go to be a sexually liberated open world where players can flirt, date, and amorously frolic to their heart’s content with their fellow human beings.

Graphically, 3DXChat lets its high-tech freak flag fly as venue after venue, environment after environment is so pleasantly detailed you’ll lose track of where its world begins and the real world beyond your computer screen ends.

Suppose you’re into making your own virtual play space. In that case, you’re in great luck you can customize your avatar’s body, what they wear (or not), sexual activities and positions from them to get into, and the environment you want to put them in—as well as acting as a hangout where you can entertain fellow players.

If you’re a fan of interactive sex toys or virtual reality, prepare to grin like a maniac as 3DXChat supports both: compliments of their partnership with Lovense, any of their excellently-made sextech playthings is connectable so that you can sex it up along with your avatar—and the game runs butter-smooth on the Oculus Rift CV1 virtual reality headset, as well.

While our first game was all about meeting and “interacting” with people, as in having virtual sex with them, Red Light Center takes a different approach. You can still socialize, seduce, and sex-it-up with other avatars, but this game provides more gameplay options—so you’ll have lots to do if you can’t, or for whatever reason, don’t want to mingle.

Want to know what it’d be like to be a fashion designer, the bouncer at an exclusive club, or take or teach a class on a decidedly sensual subject? After signing up for Red Light Center, you all of that plus buckets more.

Red Light Center is additionally top-notch in respecting we’re a diverse group of people with even more diverse sexual interests. Whatever you’re into, be it hanging with the queer community, or letting your fur fly with furry fans, or spanking away in a steamy-hot dungeon, there’s a corner in Red Light Center where you’ll be welcomed with open arms or legs if that’s your thing.

So far, our games require players to shovel out a fair share of their hard-earned bucks to enjoy them.

Not so with Yareel3D, a right-out-the-door free multiplayer sex game from a team of distinctly passionate programmers and developers. How passionate? Well, before its official, available-to-the-public launch, Yareel3D was a crowdfunded project—and was so successful it immediately rocked to sex game stardom.

Though we tipped our beanie for it as a free-to-play game, we’d be remit in not mentioning to get the whole, balls-to-the-wall experience out of Yareel3D you’ll need to pay real money in exchange for its own currency to buy clothing, items for your bedroom, unique “fixtures” for your character, or sex positions. You can also support the game via its Patreon, where you’ll get a nice amount of bonus perks, like in-game money, for a small monthly fee.

Yareel3D is playable on a wonderfully long list of devices, such as PC or Apple desktop computers, or your choice of either an Android or iPhone.

If options, options, and more options make you smile, then sprint and not stroll over to AChat: a multiplayer sexual experience boasting 580 sexual positions, 11550 further variations of them to explore, 28 locations to do them in, 910 clothing items to wear or remove, and—according to the game’s developers—countless ways to customize your user-created character.

Another cool thing AChat offers is an open-air, so to speak, space where players freely interact with one another: the size and style of which is a welcome break from the sometimes claustrophobic feeling you may get from other multiplayer sex games.

Along with standard stuff such as allowing players to chat, hook up, and otherwise engage with other players, AChat has a neat feature allowing players to send or receive digital items or sexual positions. This way, if you want to do something special with someone but for whatever reason, it’s not in their inventory, you can gift it to them.

Graphically, AChat tends towards the lower end of the realistic spectrum: not bad, just not as fully rendered as, for example, games like 3DXChat. This may not necessarily affect its immersiveness, though it may take new players a bit of time to get into its artistic groove.

One approach is to throw everything at making it lifelike, down to elements like the perfect jiggle physics for various body parts, or the colors and textures of every character’s skin, and so forth. Great if you have lots of talent or lots of money, though if you don’t have either, there’s something left to try.

An option the developers of MNF Club fully embraced. So while you can’t watch every individual bead of sweat meander down the thigh of your digital proxy, you can still have lots of fun moaning and sigh to your libido’s content within this game.

A good way of describing MNF Club would be it’s pleasantly retro, with a low-rez, 2D version of your avatar floating and sliding way from flirt to flirt as you play. Then, if you’re fortunate enough to find a person to play with, there’s a quick transition to a limited-animation 3D-ish version of your character you can minimally control.

Okay, this might not sound particularly appealing. However, as the game is a freebie and won’t tax your PC or Apple computer all that much, it’s worth a check-out. After all, the name of every game on our list is playing with others, and MNF Club and its enthusiastic player base can be an entertaining way to spend a few hours.

Sometimes you have to laugh, and what better way to do it when getting into the delights of multiplayer sex games than a game with its tongue firmly in cheek?

Or, rather, with dick seeking a warm place to call home. As its developers describe it: “Genital Jousting tells the story of ‘John,’ a penis who needs to find a date for his high school reunion.”

For the sake of clarity, we’d define Genital Jousting as a multiplayer experience where the aim is to use your penile counterpart to penetrate the penile counterparts of other players while avoiding getting stuffed in return.

You really have to see it to believe it—and, looking at it or not, you gotta play it as Genital Jousting will have you rolling on the floor, tears in your eyes, laughter in your belly, caught in a bout of thoroughly unhinged glee.

Sexy it may not be, but with a mad group of friends, each controlling their own distinctly customed prick or duking it out with people online, Genital Jousting is completely brilliant.

For anyone wanting to know what living in Paris might be like in the year 2074, while enjoying the pleasures of a state-of-the-art sex doll and other fun activities, Digamour will be right up your virtual alley.

Remarkably polished, this PC-only game can either be an arousing solo experience or even more so after connecting with other players.

It’s down here at our number seven spot because Digamour wasn’t precisely built for that sweet, sweet multiplayer action and isn’t generally part of the developer’s advertising for it.

This gets us back to how some games might treat the option to fool around with other human players as an afterthought because, frankly, with Digamour, it is: a less-than-supported add-on to hopefully beef up the game’s sales.

Anyone already familiar with computer or console gaming of the not explicitly sexual variety is undoubtedly already familiar with this marketing technique. How often have we seen single-player campaigns that kick all sorts of ass but then when it comes to battling it out with your friends rather than continuing with the kicking, it instead does far too much sucking.

Digamour may not be that bad when it comes to multiplayer-ability; it’s that it can’t begin to measure up to the other games on our list.

Getting us to our eighth and last game, and one that also makes us have to mention what MMO stands for. Without getting all technical on you, it’s Massively Multiplayer Online: a virtual environment where several people engage in cooperative, or in some cases combative, adventures with one another.

Like a few of the other games we listed, Sociolotron’s a passion project with a lot of love, and no small amount of lust poured into it, without the graphical polish you might see in a big-budget AAA game.

As its developers say, Sociolotron’s was created to give players “An adult world which is as real as possible in many details of our daily life, yet foreign enough to be somewhat exotic and recognizable as an adult fantasy world.”

But hang in there, and Sociolotron can be a pleasant and kinky romp and ideal for MMO fans wishing their favorite fantasy title would lead more towards sexual fantasy. 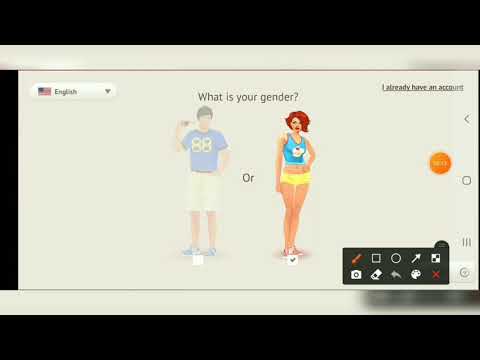 Yessiree, you can have truckloads of fantastic fun all by your lonesome, but nothing quite beats doing the same but with a few other individuals willing to join in on the fun.

And thanks to the Internet, advances in computer technology, and programming boffins the world over—not to mention more than few entrepreneurs willing to finance them, we now have games like those on our list, where anyone can get in on that so-tasty group sex action—without ever having to venture outside.

So who knows, in as little as a month from now, we might see something that isn’t close to but compliments of interactive, teledildonics hardware and virtual reality rigs manage to look, act, or perhaps even feels better than so-called real-life sex.

Until that day comes, we hope you enjoy checking out some of the games we talked about here—and be sure to write us if you find others we should explore in a follow-up.

In the meantime, remember that Woody Allen said, “Sex is a beautiful thing between two people. Between five, it’s fantastic.”