That is your desires. Before we do, let’s take a moment to pull the kabuki-ish curtain back a bit to explore the meanings and origins of this uniquely Japanese sexual aesthetic.

By the 20th century, it had evolved to where it is now: a way to say this or that is perverse. But not to erotica in general, just when things get really kinky. Project QT is another Japanese import: a hybrid PRG. This stands for Role Playing Game, where gameplay is all about leveling your characters by competing for various tasks .

Playable on a PC or Android smartphone, Project QT’s mechanics, depth, and fun characters—not to mention the sexy stuff—will keep you entertained and supercharge your libido as few other games can. Another Nutaku title, Eros Fantasy RPG game mechanic, replaces puzzles for team-based battles where you pit your carefully selected bevy of beautiful maidens against an opposing Army Of (sexy) Darkness—and if you emerge victoriously (groovy!), you’re rewarded with hotter-than-hot explicit images of your valiant warriors celebrating your triumph.

Android and PC exclusive, Eros Fantasy has more than 70 sexual encounters to discover, including a dozen animated ones. In addition to a good variety of different modes, special events, and challenges to keep things extra interesting. Why not stick with what works, right? And for our list, in our number four spot is one more Nutaku title.

SF Girls jets you into the far future, where you train, equip, and relish in the big bountiful boobishness of your cadre of special agents before employing them in your fight to restore order to the universe.

And voluptuous these ladies are, making this a must-play for anyone who gets all googly-eyed at gravity-defying chestage. But those aren’t the only things SF Girls has in its favor, as you have 30 plus agents to play with, and instead of getting a medal when they beat the baddies, you’re treated with entrancing animated, and totally uncensored, cut scenes. Do this, and you’re provided with statically animated scenes of wonderfully wanton depravity. In all fairness, this style means the action often feels a bit like a slide show as opposed to the more fluid 2D animation of some of the other games on our list. This isn’t necessarily bad, just different—and in our humble option adds a lot to its overall playfulness.

First off, how it works is right there in the title: after loading it up on your PC or Macintosh browser of choice, use your mouse to click, click, and click some more on the scandalous ladies you see: each click progressively stripping away their clothes then arousing them until they explosively orgasm—and as you do so you also collect points to level up your characters and unlock bonus features.

Okay, no more weird metaphors—we promise. Just as we also swear, Comix Harem puts the super-sexy in superheroes as a game that takes the fetishistic-spandex allure of your favorite box office blockbuster and, faster than a speeding bullet, strips the genre down to every sort of bare essential.

After that is, you level up your choices in the fine art of lovemaking by flirting with them, bringing them gifts, or whatever else they happen to want.

Better yet, the way Comix Harem used comic panels, frequently looking like they came straight out of your favorite Marvel or DC title, combined them with limited animation, gives the game its own special look and feel.

8. Boobs In The City

The sexual rewards you can win are equally wet and wild, the lusciously animated scenes with the members of your harem being some of the best we’ve ever seen, and landing with Boobs In The City right up there with the finest and hottest sex games on our list. Impressive and ultra-fine detailed artwork? Check! Using the same to depict insanely hot sexual activities? You betcha! Set in a bizarre yet alluring mythical land? For sure! Gameplay that pulls you in as much as the explicit images can? Hai!

Not here, though: as you’ll need to pay a lot of attention to its mechanics, how to assemble an effective team, learning ways to balance all of their various attributes, carefully plotting out the best strategy, and—if your mission happens to go south—thinking on your feet.

Hammering home Craving Quest isn’t for the faint of heart to go through the entire game and unlock all the characters, outfits, and other hidden delights, can easily take more than (are you ready?) three months or 200 hours—whatever one comes first.

Crazy? Maybe, though Craving Quest is top-tier when it comes to sexy content, time like that will probably make a lot of you shake your heads and say fuggedaboutit. 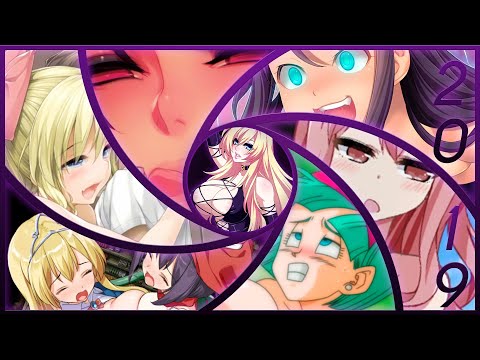 Just like no one has the right to say one country is better or worse than any other, despite all the amazing things Japan has gifted us, we have to acknowledge the country is not without its flaws.

What can be said is Japan has a unique knack for taking something and making it distinctly their own. It’s as if they’re able to look into the heart of something and tease out what about it speaks to them culturally and expand on it until the result feels like a glimpse into the future after a magical finger was glued to a societal fast forward button.

Another tip is that you’ll have more and a few misses before you get your ultimately ideal hit. But this is also where the fun lies, with fun and arousing discoveries waiting for your to discover during your search.

Otherwise, we encourage visiting platforms such as Nutaku and Erogames, where you’ll find translated games and hentai-inspired equally entertaining ones from Western developers.