Whatever the site, whether it offers ships, shoes, sailing wax, cabbages, kings or—what we’re all here for—porn if it lists itself as #1, you immediately know one of two things: that its marketing department is sorely lacking in the imagination department or it really and truly is the top.

And Vrporn is that kind of site, as it proudly proclaims its #1 status right then and in the search bar of whatever browser you happen to be using.

The question is if either Vrporn is another in a long line of sites promoting themselves as leader of the adult entertainment pack, while in reality, they are … shall we say, somewhat less than that.

Or if Vrporn deserves their #1, and from there, could it be the virtual reality site you’ve been longing for: the first and maybe only place for all your VR (wet) dreams.

To get things rolling, let’s take a look at how the site operates. Like many of its pornographic kin, Vrporn is sort of a clearinghouse for companies producing this type of explicit content.

And they make no bones about it, as also right up there at the top of the site is a section labeled Studios, with clicking on it revealing an impressively long list of them.

What’s noteworthy about this list is how Vrporn took their #1 label and ran with it on the page, so the companies are listed in descending order of popularity, beginning with the biggest, VR Bangers, all the way down to the curiously named TadPoleXXXStudio at #30.

But these aren’t the only companies with content available on Vrporn, as below these top studios are those who didn’t, for some reason, make the cut.

And, wowzers, is it a long list—and due to that, as is the amount of content they provide is what most people consider essential in regards to an adult entertainment site, this could be the first sign Vrporn is worthy of their #1 marketing.

Then next to that section is an overall Category one. While not numerically ranked, Vrporn does list the subjects getting the most attention from their customers.

What happens right beneath this part further boosted Vrporn, in my humble opinion, towards earning their advertised #1 spot.

While the number of videos can be a deciding factor in choosing an adult site, what they have a great variety can really tip the scales.

Based on my time with it, Vrporn most assuredly does this, surprising me too many times to count when discovering they offered dozens and more dozens of videos under what you might consider as other-than-mainstream sexual activities.

And I’m not using that term lightly, as I even spotted a few categories that are as rare as hound’s teeth on any adult site, let alone one dedicated to virtual reality.

Admittedly, the quality of some of these videos is less-than-stellar; through weighing this against Vrporn having the guts to provide them at all, I still say is a point in their favor.

This diversity is equally there when selecting the site’s overall categories, with Vrporn enticing its viewers with larger, overarching ones such as For Women, Gay, and Trans.

How to watch Vrporn videos

Getting us to the VR in Vrporn: the technology that’s taken the adult entertainment world by storm, one that gives viewers the chance to fully immerse themselves in the steamy action.

Regarding what virtual reality hardware you can use with the site, Vrporn’s earned themselves another point for supporting high-end rigs like the Oculus Rift and the HTC Vive.

The more affordable, though somewhat lower-end set-ups, work with the site as well, so if you have an Oculus Quest, Playstation VR, or Samsung Gear.

Last but not least, anyone with an Android or iPhone can also savor the site’s explicit treats.

Understanding this, Vrporn inches further upwards on my scale by allowing users to watch any video in plain old 2D on their smartphone or computer.

Ways to use Vrporn

Yet another point to them is how users have two methods to access the good stuff Vrporn offers.

People with fast Internet and enough hard drive space to handle huge virtual reality files can download whatever they want to relish at their leisure.

The key benefit to this approach is after the downloading’s completed done, they are free from needing to stay connected to the net—and running the video from the computer or phone avoids headaches such as annoying lagging issues or suffering through buffering delays.

If you don’t have the computer space or can’t deal with having to cope with the long, long, long time it can sometimes take to download a video, you can stream Vrporn’s content.

However, you’ll need a better-than-average Internet to pull this off or be willing to deal with pain-in-the-posterior streaming problems like those I mentioned.

What else Vrporn gets right

The good points keep coming, as Vrporn understands that a happy customer is a good customer, and a guaranteed way to put a smile on their faces is to give things away for free.

But not your average, fun-of-the-mill, blink-and-you’ll-miss-it stuff. No, siree, as Vrporn has all kinds of no-cost-to-you videos—some ten minutes long or in a few cases considerably more than that.

They’re additionally upfront with what is and isn’t free, as with the flick of a slider, on the site, you can hide these videos in favor of the ones exclusively available to Premium subscribers.

If you want things like having the ability to stream in ultra-high-resolution 4K or assemble a playlist of favorite videos, you don’t have to spend a single thin dime. Just register, and you’re all set to rock and roll.

What about Vrporn and interactivity?

On this, I’m sorry to say Vrporn slips down from earning their #1 spot as after my considerable time with the site; I failed to find anything anywhere on it that allows me to have this kind of fun.

Another tick downwards is Vrporn’s payment options, as in you have monthly or yearly—and that’s it: so if you’re curious about what’s behind the site’s Premium wall, you can’t get a one or two day taste.

True, Vrporn gives away a lot more than other sites, so it somewhat balances out. But only somewhat as their competition routinely provides an option to sample content to help entice lookie-loos towards becoming full-rate members. 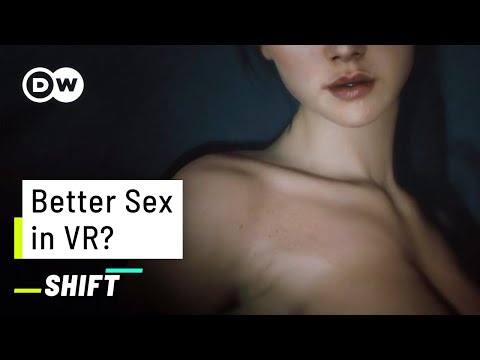 So when all’s said and done, does Vrporn deserve its so-loudly proclaimed #1, or is this yet another example of a site using this hard-to-prove advertising gimmick?

I’m not sure, as one thing I haven’t brought up is how Vrporn’s received a lot of attention, including articles in top-notch mainstream sources. So it’s hard for me to say definitively nay their #1 when they’ve been covered by the likes of Wired, Engadget, and Mashable.

But those sites have been wrong before. Putting this confusing issue aside for the moment, I feel that Vrporn’s lack of interactivity and that they don’t offer a trial membership period prevents me from granting them that sought-after number.

What I’m not saying is that they aren’t a superb example of how to do an adult entertainment site VR right, because while I squirm at the idea of hands down awarding them a top position, they still do everything else so perfectly right the site more than deserves your attention.

Besides, popularity has never been a good measure of when something is actually good, but that a majority of people happen to like it.