Womanizer Pro Review: All You Need To Know Before You Buy It

The Womanizer Pro is the flagship product by the Womanizer company, a remarkable brand specializing in high-end, one of a kind luxury sex toys.

Based on its predecessor (the original Womanizer), the Womanizer Pro takes its main features and develops them even further, thus resulting in a truly remarkable sex toy.

As the company itself defines it, it is quite simply their most luxuriously designed signature product, created with the express goal of providing its users with the most exquisite and memorable sexual experiences possible.

Among its most notable features, the Womanizer Pro allows for contactless stimulation (yes, you heard that right!), via its unique Pleasure Air technology.

By combining suction and pressure motion in different sequences, it greatly enhances the range and intensity of your orgasms.

With a total of 12 different levels from which to select, you can easily customize your own personal sexual experience to fit your taste.

The Womanizer Pro even comes with Swarowsky elements incorporated into its design, giving a whole new meaning to the term “high-end”, when it comes to sex toys!

And the silicone head can be switched between the regular size and an additional Xl sized head, for added comfort and enjoyment.

So, What Exactly Is The Womanizer Pro Anyway?

The Womanizer line of products has become an instant classic among sex toy aficionados worldwide, due to the unmatched sensations its toys can provide.

The current signature product of the line is Womanizer Pro, which stays true to its illustrious heritage while at the same time taking the technology one step further.

Users of the classic Womanizer model will still recognize the familiar sensations that only a Womanizer product can deliver.

Widely reported by users to be one of the very few sex toys capable of taking a woman from zero to ecstasy in a very short time, the Womanizer Pro is every girl’s best friend.

In fact, consumer feedback on the product has been so overwhelmingly positive that many sex toy retailers market it with an “orgasm guarantee” policy!

So, there can be little doubt that Womanizer Pro takes female pleasure with all the seriousness it deserves.

The Womanizer Pro is designed to recreate that magical feeling a girl gets from having her most precious spot lovingly sucked and licked by her lover (or anybody, for that matter!).

This type of stimulation, which is at the same time extremely intense and localized, and necessarily delicate by nature, is for many women the ultimate key to sexual gratification.

Using its signature micro-suction technology, it is capable of stimulating the clitoris without actually ever touching it.

As you can imagine, the sensation that provides is quite unparalleled when compared with any form of traditional rubbing, vibrating or pulsating motion.

And it´s no surprise that the original Womanizer quickly went on to become the best-selling sex toy in all of Switzerland shortly after its release.

The Womanizer Pro takes the same exquisite technology and brings it into a smaller, more compact design format.

Essentially, it is the same as the original Womanizer, but more powerful and more versatile.

Its stimulation capabilities have been greatly enhanced, with more levels of intensity being added for a more customized experience, in addition to two entirely new modes to choose from: Super Soft mode, tailor-made for those with a highly sensitive clitoris, and Super Power mode, which guarantees the fastest and most intense path to orgasmic bliss you could ever imagine… and then some. 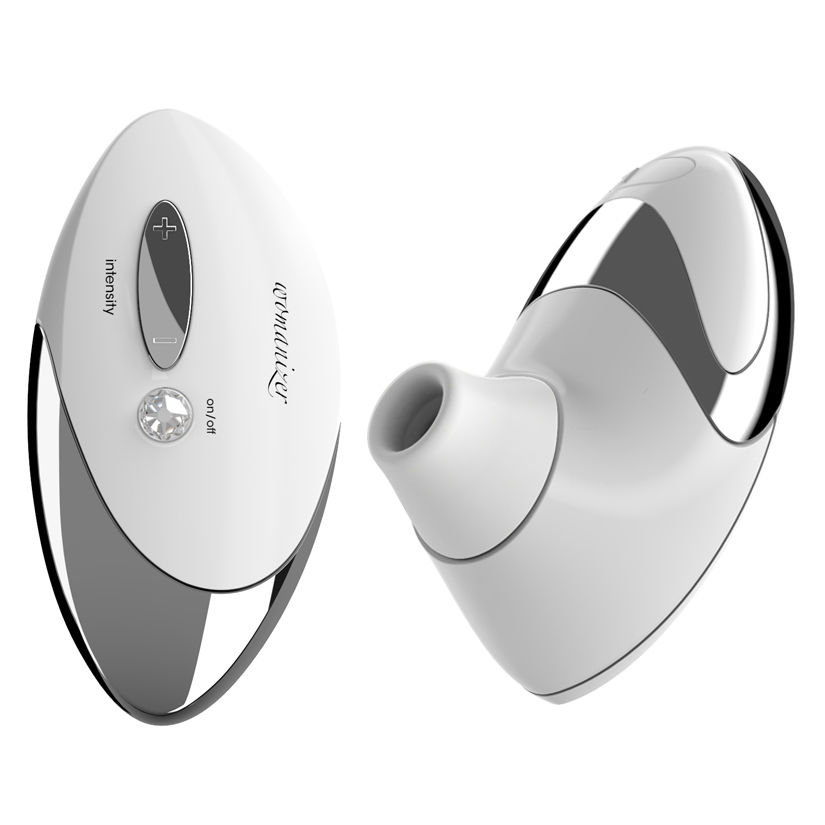 The Main Features Of The Womanizer Pro

What’s Included Inside The Box?

When you purchase the Womanizer Pro, you get a complete kit. Included inside are the following items:

How Does It Work?

Similarly to its predecessor, the original Womanizer, the Womanizer Pro works by producing a highly titillating, indirect stimulus on the clitoris.

It does this by using a sophisticated combination of suction and light pressure/vibration.

Many users even consider it an oral sex simulator, since the focus is on the sucking and licking motions, rather than rubbing or thrusting.

The added intensity settings provide a wider range of possibilities than before, even though it is generally advised to begin with a quite gentle setting (due to the very direct nature of the clitoral stimulation).

But no matter what your particular taste in intensity is, you will find the right setting easily by just experimenting and going wild!

Generally speaking, the manufacturer does recommend not using the device for periods longer than 15 minutes at a time, since the clitoris tends to be rather delicate and some women may find the higher settings somewhat daunting for that reason.

It is important to note that, because Womanizer Pro is so laser-focused on stimulating just the clitoris (and nothing but the clitoris), the most common mode of use tends to be a pretty short but intense session, hopefully culminating in a highly intense and, ultimately, satisfying clitoral orgasm.

Of course, there is plenty of room for imagination and creativity as ever, but as an overall principle, it’s better to not abuse the stimulus, for optimal results. 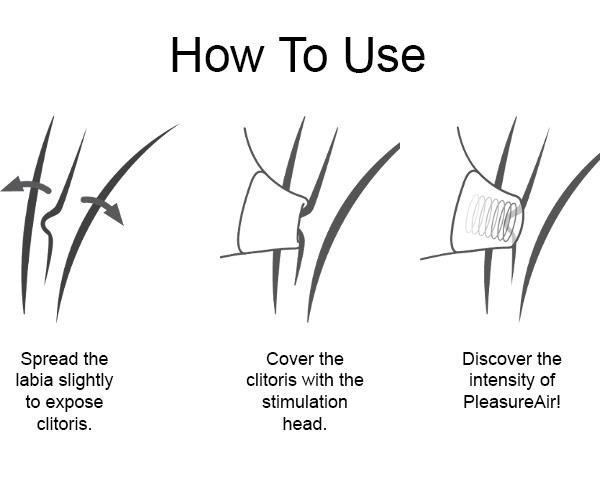 Having said that, it is true that with more options for intensity settings, using a lower setting for longer periods of time can be a viable option, depending on your preference.

We all know how often the clitoris gets underappreciated overall, so there’s definitely nothing wrong with indulging oneself with an exhaustive (in a good way!) clitoris-pampering session.

On the other hand, for users who tend to find other stimulators too gentle for their liking, the new levels of high intensity are most certainly going to meet their needs in spades.

If you´ve ever dreamed of having an endlessly willing, highly-energized lover sucking and licking your clitoris with all the strength you could ever dream of… well, then Womanizer Pro has REALLY got your back (and clitoris), for sure!

For women with a larger clitoris, the additional XL sized silicone stimulus head is the answer.

No longer do users have to conform to a one-size-fits-all standard; those who are more anatomically endowed in this regard will have all the fun they deserve, just by adding the second head on the device.

In terms of design and ergonomics, the Womanizer Pro is significantly smaller and sleeker than its legendary predecessor.

The emphasis on the new look and feel is based squarely upon elegance, luxury and an overall pleasant feel to the hand.

In a nutshell, the Womanizer Pro works as a charm for the very specific task it was created for: achieving the most memorable, intense and (relatively) quick orgasms a girl could ever ask for, and it accomplishes this by focusing exclusively on delivering a subtle mix of stimulating sensations, in varying degrees of intensity, until the deed is done.

Okay, But How Does It Feel?

Well, quite simply, like nothing else on the market. Unless you´ve already experienced the original Womanizer, in which case you’ll already know pretty much what kind of mind-blowing pleasure you’re in for.

As mentioned previously, the closest thing in reality to the sensations provided by the Womanizer Pro (when properly used) would be the feeling of receiving extremely stimulating oral sex.

And not just any oral sex, but the kind of focused, energetic and subtly nuanced oral sex that most girls (well, let´s face it… ALL girls) dream of receiving.

The alternating suction/vibration stimulus creates an almost uncanny recreation of the sensation you would get from having your clitoris lovingly sucked, and then licked… until you go mad with pleasure and explode in the most spectacular clitoral orgasm you could ever desire.

The difference is that. while a lover can certainly do wonders with their mouth on you, here you´re also getting a perfectly customizable control on the intensity of your experience; so whether you want to feel the tender caress of an almost imperceptible tongue grazing your clit, or whether you crave to feel some extremely energetic and forceful sucking action on your most sensitive spot, the choice is yours.

And, of course, there is a world of possibilities between those two extremes.

It´s hardly a secret that most women crave more sexual attention for their clitoris, and getting it is not always an easy task.

Both men and women can have some difficulty navigating their way around this highly sensitive and critical spot, and even if they do know what to do, it´s very rare to have someone give you exactly what you need, exactly the way you need it… in exactly the right amount.

So this is where the Womanizer Pro comes in.

Designed with great care to satisfy the deepest yearnings of female sexuality, no woman will ever feel the same way about their clitoris after having experienced the intensity of a pure, concentrated clitoral orgasm delivered flawlessly on demand.

In fact, it´s very likely you won´t be able to go back to “normal” ever again, once you´ve felt that kind of pleasure.

Now, it is important to note that, since it is merely a clitoral stimulator, it will not likely be a suitable substitute for all other kinds of sex toys and stimuli.

In fact, the Womanizer Pro truly shines the brightest when used as a complement to an already rich and diverse sex life. You may think of it as a “special friend” for your “special spot”. ´Nuff said. 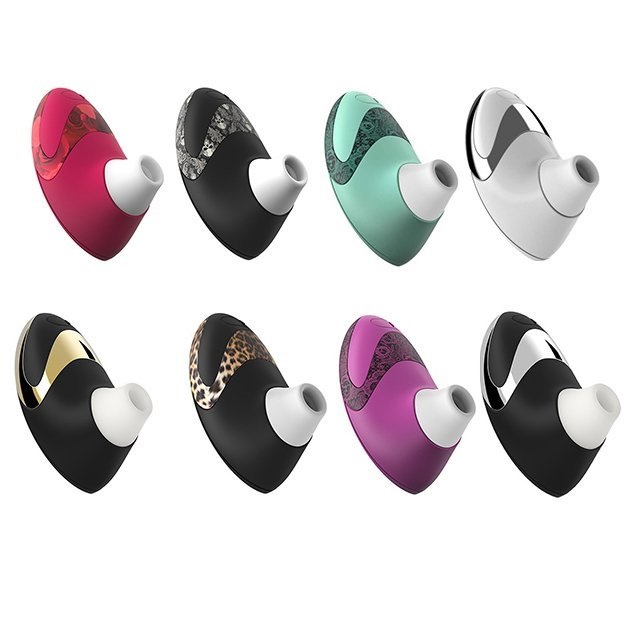 So, having had a rather thorough look at the Womanizer Pro, who is it really for, and why?

Well, it´s fair to say that pretty much for any woman who feels like they deserve some pure, concentrated pleasure without all the usual bells and whistles, and really getting “down to business” on their most precious sexual spot: the clitoris.

Everybody needs a fast, no-nonsense, straight-to-the-point orgasm every now and again (maybe even every day, why not), and the Womanizer Pro is the perfect companion to make that happen, anytime and every time.