(note to self: someday create an “evolutionary tree of sextoys”).

So let’s take a look at We-Vibe’s Nova 2, and how they’ve improved on their previous model, and, when all’s said and done, if it’s worth buying.

Why the Nova 2’s such an impressive upgrade 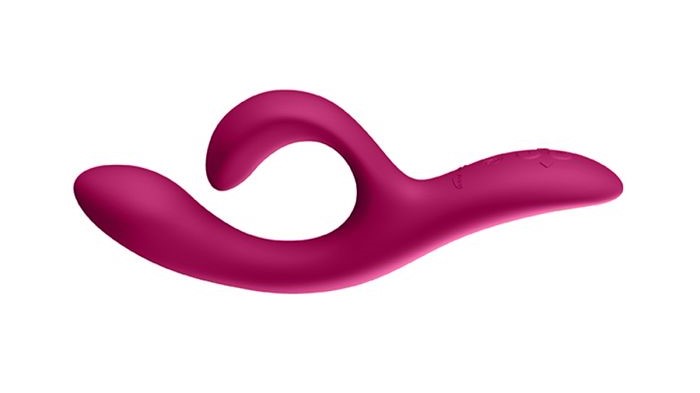 In the world of sextoys, turning a one into a two is hardly new, with lots of companies routinely releasing upgrades to their old standbys. Though, for the most part, this is rarely an entirely new, from the ground-up, rebuild.

That automatically makes We-Vibe’s Nova 2 stand out from the pack, as compared to their previous model, the new one it looks like came from a wholly different genetic branch of the sextech evolutionary tree.

A difference that extends to the Nova 2’s hardware, as well. Just like how their colors and materials look nothing alike, We-Vibe revamped and rethought what their new toy does and how it feels.

Especially how We-Vibe’s overall change to the Nova makes it far more comfortable to use. They’ve also increased the flexibility of its extensions—top for the outside of the vulva, notably the clitoris, bottom for insertion—to reach and (wheeee!) stimulate these erogenous zones better than before.

Recognizing the importance of staying on that vulva magic button in particular, with We-Vibe emphasizing on the Nova 2’s product page that this part of the toy’s overall adjustability upgrade was all about allowing users to get and keep their toy on their clit. 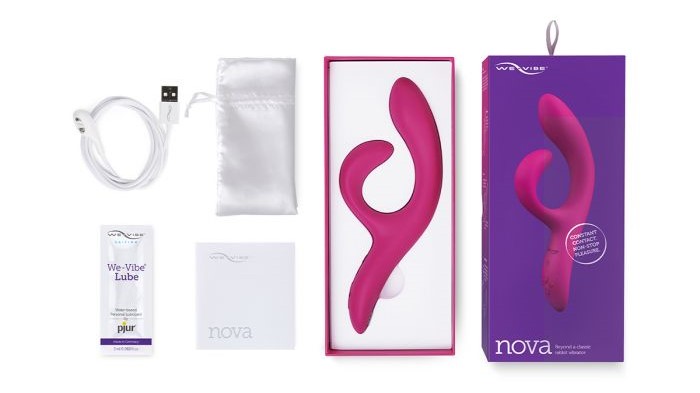 With its vibration goodness, as well, We-Vibe’s designers are equally boasting that their new Nova has not one but two motors to aid in delivering all kinds of buzzy-fun to its extensions.

That uses can change to their heart’s content, via We-Vibe’s smartphone app or by using the toy’s built-in controls to cycle through ten pre-installed patterns such as:

On those controls, the Nova 2 has a great set up. Right under the tiny LED light that says if the toy’s ready and able to do its thing—or indicating it needs charging or is prepared to connect to We-Vibe’s smartphone app—is the plus button that switches it and increases the vibrations.

Below it and to the left and the right are two small chevrons, with pushing either going from one way or the other through its built-in patterns.

Next-to-last is the minus button that powers the toy down or decreases its vibrations. Lastly, there’s not so much a button as the metal bits its magnetic charging cord attaches to

If size is your thing, here’s a quick run-down of the Nova 2’s dimensions: eight ½ inches long, about three and a ½ inches wide (the span of its twin extensions), and one and a half inches in diameter. 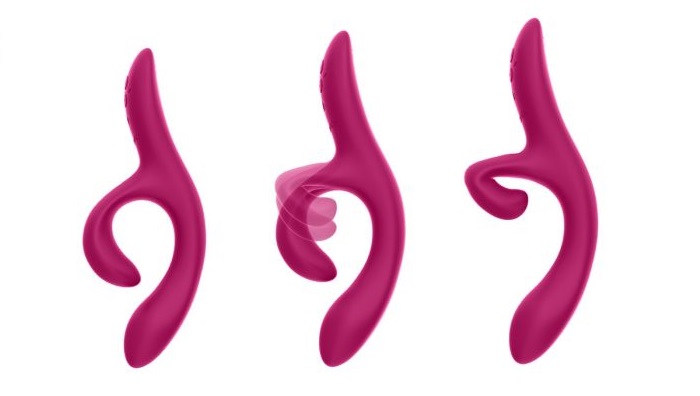 A further step up from the first Nova, the mark two version’s outer silicone skin was extra-smoothed for a comfier sensation—and less risk of irritation to the delicate tissues of the vulva.

Along with my tendency to overuse a certain number of words and phrases (like “certain”) in my sextoy reviews, I go on a various length of tangent over how that this or that product has a sextech feature I (politely) demand be adopted across the board.

And (ta-da!), stand by for the Nova 2’s! To start, let me paint you a picture: sometime in the not too distant future when COVID-19 is nothing but a dim memory, and we can finally leave the safety of our homes and (gasp!) travel, you come to that most annoying, and stressful, of airport procedures—the TSA checkpoint.

During which “something” of yours, while tucked securely and privately away in your luggage, suddenly thinks it’s the perfect time to get it on: immediately painting your face, and those of everyone around you, with a vivid, blushing red!

Thank you, We-Vibe, for putting yourself into our quaking-with-embarrassment shoes by equipping the Nova 2 with a Travel Lock: a hardwired control that makes sure your toy keeps its damned yap shut as you travel hither and yon. And after you get to yon, it’ll automatically deactivate the moment you begin charging your Nova 2.

Hear that, sextech industry? So, come on, this should be on everything you make!

How waterproof is the Nova? 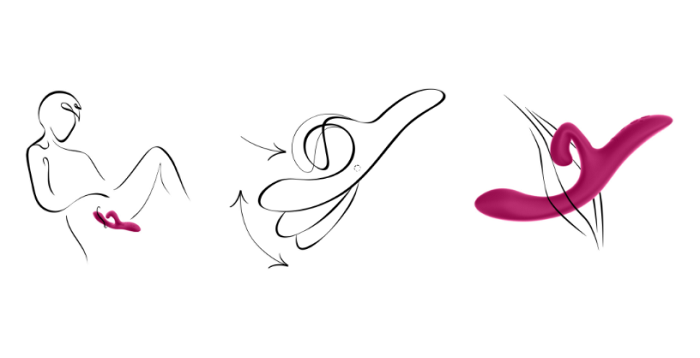 Moving on, the Nova 2 is wonderfully waterproof, making it the perfect thing for shower or tub playtime antics. Though, as I’ve also touched on quite often, it’s best to avoid doing so in the deep blue sea or a hot tub as there’s a real risk—as opposed to splashing in clean, no-stuff-in-it shower or bathwater—the toy’s silicone skin will corrode.

Now for the Nova 2 ”piece of resistance,” that despite its considerable improvements, it’s as brilliantly as We-Vibe’s other products—that I’ll get into, including connecting to We-Vibe’s We-Connect app, in the section after next.

Between now and then, I’ll first go over what comes with the Nova 2.

What you get with a Nova 2

By now, you’ve hopefully got the idea that We-Vibe cares about their customers. If not, then check the extra-added stuff they put in the Nova 2’s box.

Starting with its USB magnetic charging cable. Again, if you’ve read my reviews (lucky you!), you’re probably getting tired of me complaining about how these things are typically more trouble than they are worth.

Ah, We-Vibe, you really are the company that keeps on giving as with their Nova 2, they show how to do magnetic charging right. Are you taking notes, all you other sextech companies? Because you should be! 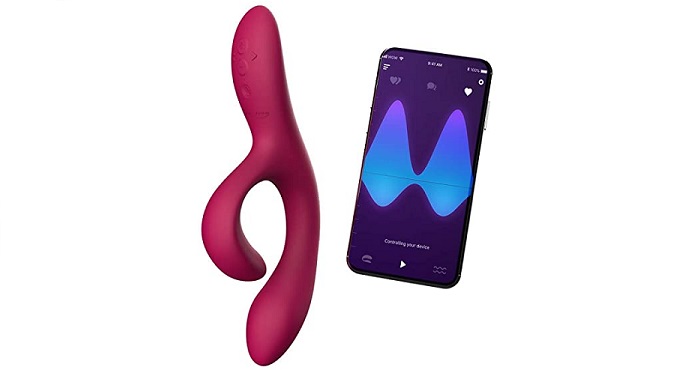 Onto power. We-Vibe recommends a charging time of no less than 90 minutes for two hours of use—which isn’t ideal though still not as bad as similar toys.

Along with its charging cable, there’s a lovely little storage bag for the toy, a Quick-start guide, and a nice sample of pjur-made lubricant.

Then there’s the warranty, with which (ding) We-Vibe scores yet again by providing two years of coverage.

I’d also like to call out that if there ever is a competition for boxes, We-Vibe would walk away with a medal. Bolstered by how many broken down, torn, or just-plain-ugly ones I under my bed—none of them from We-Vibe, though: which are as strong and stylish as when I first got them.

On the Nova 2 and We-Vibe’s We-Connect App

Now I come to the promised part where I discuss the We-Connect App and what you can do with it and your Nova 2.

To be blunt about it, this isn’t We-Vibe’s strong suit as their app is solely limited to iOS or Android smartphones. However, I manage to locate a site claiming to have PC and Apple computer versions, but since We-Vibe doesn’t say anything regarding this on their site, I’d stay far, far away as who knows what it might do to your computer.

Despite smartphone exclusivity, I wouldn’t call We-Connect bad. In fact, measured against other apps, I’d say that it’s exceptional. It’s that if you’re looking for, to use names here, something like the plethora of platforms and options Lovense provides, then you’ll probably be disappointed.

Still, We-Connect does what it was designed to do and does it exceptionally well, from set-up to putting any of their connected devices through their paces.

To get the Internet-Of-Things in motion, put your Nova 2 into Bluetooth receiving mode (consulting the quick start manual or We-Vibe’s site if you get stuck), download and then open the We-Connect app, look for the toy, select it when it appears. The rest—as they say—is easy as (sexy) pie. 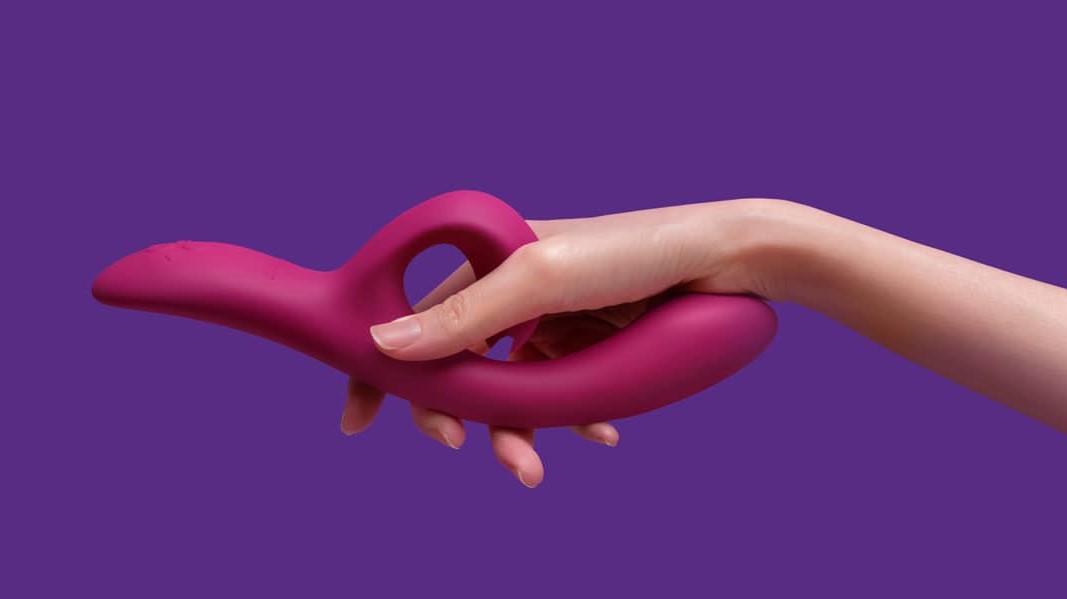 Once you get software and hardware happily chatting with each other, there’s no shortage of fun stuff you can do. Starting with the ability for a partner to take control of your Nova 2 from anywhere in the world—that has Wi-Fi, of course.

My fave, though, is how We-Connect makes putting the toy through its paces a real delight, in many ways measurably superior to its competition.

If mixing up a personalized set of vibrations and intensities is your thing, put a smile on your face as the app handles this amazingly well. Or, if you’re not feeling creative, you can set it to groove along with your favorite tunes.

Last but oh-so not least is another feature sextech as a whole should add to every product they release, one that’s more critical now than ever-what with so many of us stuck at home and unable to get intimate with our partners or playmates.

Another picture (my, I am in an artistic mood today, aren’t I?) for you: as COVID-19’s made hermits of us all, the only way we can get anything close to sexy-time is through interactive, smart toys—and social media platforms like Zoom.

That, you may not be aware of, isn’t the best for this type of play, as Zoom and other video conferencing platforms are cracking down on what they consider as “inappropriate” use. Whatever that means.

Not if you have the We-Connect, as among its other cool features, you can use it to video chat or text with whoever you’re connected to!

So, bravo, to you, We-Vibe: my (virtual) hats off to you and your app. 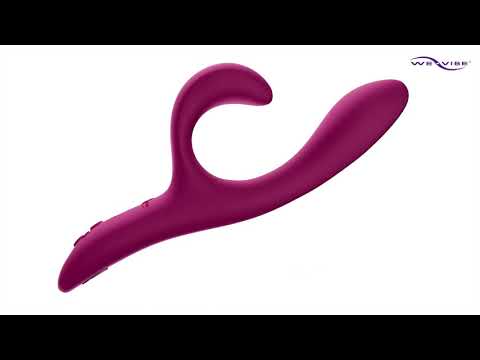 The evidence was thoroughly examined, each side presented their case, and the jury deliberated—so what’s the word on whether or not the Nova 2’s a must-buy or a pass-by?

Resisting the urge to revisit my too-frequently conclusory device that it all comes down to IF you have the biology for it, IF stimulating your clit and the interior of your vulva is what you’re looking for, and IF the We-Connect app delivers what you need in the sextech department, I’m gonna leap in the air while belting out and enthusiastic HOOPLA that you must get your hands on a Nova 2.

Even if you aren’t “equipped” for this type of toy, as you may know, someone who is or might know someone in the future who’ll like it.

Think of it as witnessing evolution in action: that the Nova 2 is when pleasure devices took their first, big steps towards a bright and arousing tomorrow—and how so exciting it is to see this happen!