It’s a pretty safe bet that since you’re reading this, you’re at least somewhat fascinated by the current state of sextech, as well as where it all might be heading in the future.

Meaning that you’re already aware that the industry pretty much falls into two distinct camps: software, represented by sexually explicit games or social networking sites/apps, and hardware, which can be anything from portable sex toys to ultra-realistic dolls and robots.

Which makes Virtual Mate’s combination of the two quite intriguing: a fully immersive, highly-detailed digital experience coupled with a stand-alone stroker-type device to create, as the company puts it, “The World’s First Virtual Intimacy Experience.”

But does this meeting of two sextech works actually work, or is this a case of two great things that, together, are the lesser of the two?

➡️ Click here to check the current price of the Virtual Mate!

But before that, I must point out that this is a crowdfunded project, so while they report shipping out the whole sextoy and allowing access to the game back in June, I can’t call Virtual Mate available since it’s going to backers and the like first. Though this might change soon—so if you’re interested, check-in with their site or social media for updates.

But what is known about the game is, in a word, WOWIE! Just glancing at their screenshots is enough to make even the most die-hard sex game fan whistle in pure, unadulterated awe.

Most of all that the character models don’t look at all like your run-of-the-mill digital constructs but instead like real, flesh-and-blood bonafide people. Not a huge surprise when you think of it, as the developers talk at length on their site about using scans of an actual human model as the basis for the rendering.

And she won’t just lay there, as Virtual Mate lists three different modes for their current model. For instance, Quick Mode is for those wanting to get right into the (sexual) action, immediately providing users with their choice of positions, activities, and so forth. If romance and getting to know your playmate are more to your liking, then there’s “Story Mode” where the animated model listens and responds, allowing users to kind of get to know her—thus, the system’s tagline boasting of “intimacy” over exclusively a bump-and-grind sex simulator. Then there’s Virtual Reality, for that whole, immersive experience.

If the stock-standard model isn’t for you, don’t walk away quite yet as Virtual Mate is working on many more: including currently hosting a contest for the next one, offering adult performers the opportunity to get digitized, and—a most definite eyebrow-raiser—a way for people to have their upload likenesses or those of a favorite lover or celebrity. If, of course, they get explicit permission, in writing, beforehand.

Regarding hardware, their dedicated stroker is nearly as advanced as their software, including features like a pre-warming button—as no one wants to put themselves into a cold sextoy—and a (patent pending) “smart layer” that detects what the user is doing with it and Bluetooth-transmits this data to the game, which will then respond accordingly.

To their credit, Virtual Mate didn’t take some off-the-shelf sextoy, slap a fancy paint job on it, and call it a day. Instead, a lot of thought and care obviously went into comfort, ergonomics, pleasure-delivery, and clean-up. It’s also quite a bit of handsome tech, looking as it does like it could be sold in an Apple Store.

Is Virtual Mate the sextech we’ve all been waiting for? It isn’t fair to separate Virtual Mate into software or hardware, as both were designed to be part of a singular, cohesive system.

Not here, as the game and toy were made and coded for exactly this. My admiration for Virtual Mate doesn’t stop there, as the quality of both is off-the-charts. So much so that if you somehow managed to pry them apart, the software and the hardware would still be insanely impressive.

To the credit of the minds behind it, Virtual Mate is also far from a one-time, one-trick sextech pony, as they are already hard at work on new digital models, expansions on the game’s story mode, and more.

So, like with the perfect match of game and sextech, you can’t really call Virtual Mate just that, but rather by picking one up, you’re joining in an ongoing process. Perfectly reflected, by the way, by how the developers being so public and interactive with their users. Virtual Mate unboxing and how to get it up and running

According to their site, the requirements for running the game should be relatively easy, with them saying that, as it uses the Unreal Engine, if your computer can handle “World of Warcraft, League of Legends, StarCraft, PUGB, and/or Fortnite, it can run Virtual Mate.”

Unfortunately, though they note that the platform is available for tablets, there’s little information on which and how to install it. Also, in what’s sadly becoming way too prevalent, Apple users are crud-out-of-luck as it’s currently PC exclusive. Though the developers note that—hurrah!—a port is in development.

Naturally, as the stroker and its myriad sensors need Bluetooth to connect with the game, you’ll need a way to do it—meaning if your PC doesn’t, you’ll need to pick up a suitable dongle.

Getting this connection established is advertised as quick and straightforward, needing just a touch of the warm-up button on top of the stroker. Despite spending a lot of time on their site, Virtual Mate doesn’t seem to have any info on how the stroker’s charged up. However, it’s pretty safe to say that—like so many other sextech toys—a USB charger’s required.

The game is also virtual reality compatible, with Virtual Mate listing high-end rigs like HTC Vive and Oculus being supported. If you can’t afford pricey systems like this, they also have VR Mobile mode, so smartphones, with an appropriate shell, can be used.

Wearing their geekiness on their sleeve, they’re even trying to get into the PlayStation store—and lots of luck to them. In the meantime, as they discuss on their site, PSVR users can connect using a software run-around.

If my overactive praise for the Virtual Mate hasn’t tipped you off, I think this matching of an explicit game with sextech hardware is remarkable and well worth a look at.

And not just for novelty’s sake, as both products show a lot of thought and then a lot more diligent and thoughtful manufacturing. As I mentioned previously, both parts can easily stand on their lonesomes as high-quality products— and 10x when working together.

It’s also a big, bold checkmark in their Good Points column that the minds behind Virtual Mate are really, really into what they are doing and clearly want to do as best they can to please their users.

Ironically, the very thing that’s good about Virtual Mate is also why it’s not so much. Here’s my thinking: as it’s a sex game and a sextoy in one, there isn’t a lot of room for going anywhere else with it.

For instance, Virtual Mate doesn’t have anything about software compatibility with any other stroker or pleasure device on their site. Agreed, I previously gave a thumbs up for this all-together unit, but it also means if you don’t like the hardware component, then the game’s pretty much-advertised interactivity’s pointless.

Staying with the stroker, since it’s a simple type, it doesn’t compare well favorably against more advanced, motorized models—making the lack of support for other products that much more disappointing. Same too if you prefer the toy over the game, as you’d be paying for fancy-dandy sensors you don’t need. 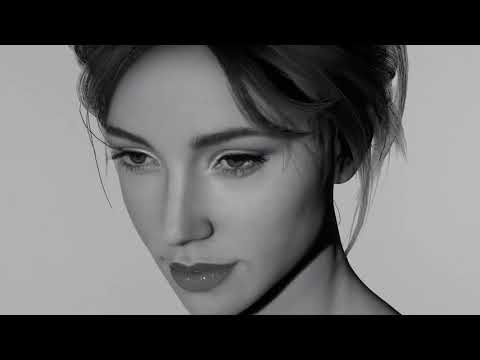 Can I recommend Virtual Mate? As a unique and obviously well-made product that takes sextech interactivity to a whole new level, yes—if anything because this kind of sextech thinking should definitely be encouraged.

In the bang for your buck department, though, I’m not so sure. What’s holding me back is that Virtual Mate kind of pits all its eggs in one basket by linking the toy and the game together so extensively if one doesn’t work for you, then you’ll be wasting a good chunk of change.

If I may be so bold, I suggest that the Virtual Mate developers consider opening up their game’s platform to allow users to bring their choice of toy to the game’s party—and, with this, a reduced price for the game as a stand-alone product.

In the same vein, a trial for the game or a demo would be a grand idea, as many people—even diehard sextech fans like myself—like knowing a bit more about what’s offers before hitting that Order button.

But if my pros outweigh your cons, then I’d never dissuade you from buying Virtual Mate. As no matter its current limitations, it’s still where the industry should be heading.

➡️ Click here to check the current price of the Virtual Mate!