With the advent of the Internet, the number of adult entertainment sites has exploded. So much so it would be practically impossible to try and cover each and every one.

So what is Streamate, how does it work, what’s there, and is it worth the hype?

An introduction to webcam sites

For anyone new to adult entertainment sites, or who remains a bit taken aback by how different they can be to pursuing a magazine or watching a video, webcams can be extra confusing.

And while watching also having the ability to interact with them through text chat, with the extra-added option to tip if you want them to possibly do something, shall I say, special.

Finding what you want on Streamate

As the site’s all about individual performers doing individual shows, it’s up to them to identify themselves however they want.

The good thing is Streamate has something for everyone. And that’s not an exaggeration (or not much of one), as I quite quickly found nearly whatever I could think of, such as queer and trans performers, softcore to black leather kink shows, and all that lies between.

If you’re craving something specific which isn’t up on the main page where the current live performers are promoted, you’re just a few mouse clicks away from the site’s very long list of categories.

If you find a particularly excited one, you have the option to join that performer’s fan club or sign up to receive notifications for when their next show is.

The ins and outs of Streamate 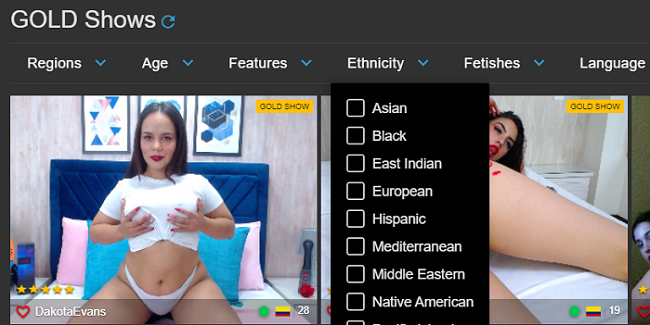 Foretelling the site’s unusually smooth user experience, when landing on Streamate, you won’t be bombarded with irritatingly intrusive promotional “stuff” (to be polite about it).

Instead, there’s a tiny-tiny ad drawing attention to the site’s free registration and a few of the performer-chosen categories directly below it.

And below that are the thumbnails—with clicking on any one of them immediately redirecting you to that particular livestream.

So be prepared. Once you are, and that initial shock it jumping into a balls-to-the-wall performance has worn off a bit, they can be pretty fun—depending on what the performer is doing at the time, of course.

Each performer’s page lists the various ways to access their content—some of it free, some of it not—along with a live chat so audience members can communicate with them.

What is there is up to the performer and can vary widely. However, they’ll always be a text chat window, a place for members to post reviews, and other universal options.

Additionally, there’s a space where the performers can share things like their gender identification, orientation, languages they speak, measurements, hair color, ethnicity, likes or dislikes, and what they’re into.

As the site is geared towards these live shows, they offer a nice assortment of ways to help enrich your experience there. Naturally, to get what you want requires money, including gaining access to a performer’s pre-recorded videos, explicit pictures, and so forth.

You also have the option to go into a private chat: which is the place to go if you want to politely ask for anything special. 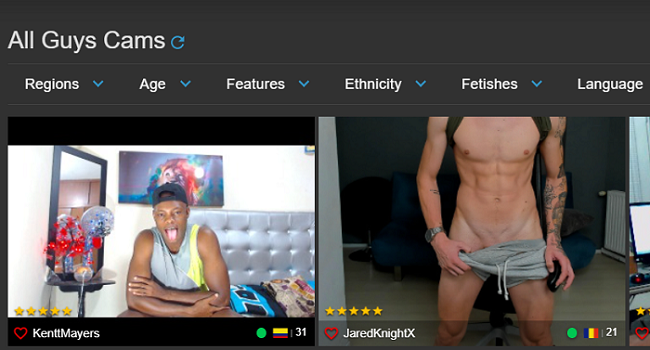 About this, keep in mind that while performers on Streamate may or may not be having fun, they’re there to make money, so treat them with the same amount of respect you’d grant anyone in the service inductee—if not more as they are putting themselves out there.

So don’t be like a jerk, try to haggle, or be demanding. Treat them well and, who knows, maybe they’ll do the same to you.

That out of the way, the most effective way to have a quality experience is to tip the performers or pay for their premium content. And if you don’t feel you’re getting your money … er, gold’s worth, instead of complaining or leaving a bad review, are. So simply find a performer you do like.

Whether you like them or not, every performer on Streamate is a person and so is worthy of your respect—or at least politeness.

How does gold work on Streamate?

Though there’s an exciting twist to the site handles this Gold. When you initially sign up, which is free, you have the option to add MasterCard, Visa, Discover, or PayPal account info and from there convert your real money into theirs.

The twist is the more you spend, the less you’ll have to. It works like this: beginners have a so-and-so exchange rate, but if they stay active for three days their Rewards Level increases, returning 1% of whatever they spend to them.

If they stick with it for a year, they’ll receive 10%—which is the highest rate possible. Not a considerable discount, though it does encourage users to remain active.

Since the performers set their rates, there’s no set cost for anything: so you could end up spending a lot for one and not so much with another.

I mention this because if you’re thinking of approaching Streamate with expectations of lonely spending a fixed amount, you may end up getting frustrated.

To counter this, I suggest giving yourself a set budget but trying not to obsess over every cent you spend—and if you tend to binge on things you like, definitely keep a watchful eye on your budget as it can be extremely easy to tip, tip, and tip some more without realizing exactly how much you’re spending.

What does it take to watch a Streamate show?

For a platform that hosts livestreams shows, Streamate is remarkably smooth and clear, with ones I sampled looking a very sharp HD. Your mileage will vary, of course, depending on what computer you’re using and your Internet speed—as well as the quality of the camera on the performer’s end of things.

If it’s high rez is or nothing, you can activate a filter, so only those shows are visible. I also found you can adjust the resolution by playing with the video settings, though again only if the performer is using a high-end studio rig, to begin with.

Streamate does work on smartphones, though not without some problems. Issues like being unable to watch a show and text the performer simultaneously or not having access to the whole website experience are the most common complaints.

Not a massive problem as Streamate was built as a website. It’s just if you were thinking of catching a show while away from your computer, be prepared to have a significantly reduced experience.

On the whole, the entertainers are very … entertaining, the interface is sleek and easy to navigate, whatever you’re into you’ll probably find it here, if you can’t make a show most performers have sexy stuff you can check out or buy, and the video quality is overall exceptional.

But what impressed me the most about Streamate was how different it was. Now, to be clear, I’m not a green-as-grass newbie when it comes to camsites—having put in more than a small amount of time reviewing them as well as enjoying them while off the clock.

It’s that Streamate is remarkably comfortable. Aside from registering and entering your payment info despite not planning on paying for anything, the site is refreshingly calm.

Money and spending are what Streamate’s about, though spending it there comes with the satisfying feeling that it’s all part of the site’s experience: so when you tip or pay for something special, it’s an amicable exchange between you and the performer.

All in all, Streamate’s a pleasant breath of fresh air, and it’s an absolute delight to be able to share an experience with someone else versus being denigrated merely being a far, far removed voyeur.

Maybe you won’t feel the same way, as some people do and others don’t like camshows, but I had a great time with Streamate and am looking forward to going back to check in on my favorite performers—or see what others I can get to know.