Fans of the intersection between adult entertainment and virtual reality usually look for sites with lots of content, support a wide range of VR rigs, offer streaming in addition to downloading, have previews or samples, a smooth and unobtrusive interface, and a lot of bang for their bucks.

And one of the most popular of them is SexLikeReal, which loud and proudly states they have “the largest VR library anywhere: 15,000+ videos.”

So let’s take a look at them and see if they manage to live up to all that, or if you should indulge your sex and virtual reality interests somewhere else.

I don’t know about you but when I hear a site boasting they have so-and-so number of videos I think one of two things: that they’re somehow creatively fudging their numbers—perhaps by making their videos very, very short—or they’re a portal for other studios’ content.

The latter is true for SexLikeReal, as the site appears to have videos from dozens, if not more, production companies. But don’t think this is a bad thing, as it gives them the ability to offer an impressive number of performers and sexual activities.

In a case of best of both worlds, SexLikeReal also makes their own content, which is easy to select and see on the site’s homepage.

SexLikeReal’s homepage manages to be comfortable and straightforward while a bit heavy on the promotional side. So if I had to give it an initial grade, it would lie somewhere between C+ to B- as the “BUY BUY BUY”—or should I say “SIGNUP SIGNUP SIGNUP” stuff isn’t as intrusive as it is on other sites.

SexLikeReal has a whistle-inducing mega selection of them, running from your usual sexual positions to more outre ones like underwater, fisheye, domination, and the kinkiest of them all: Lithuanian (gasp!).

I also want to give the site much-deserved kudos for giving us a brief breakdown of each category, like if you click on Lithuanian, you’ll also get an impressively long paragraph explaining its allure. Spoiler alert, part of it reads: “some truly stunning babes, with hot & sexy accents.”

Considering how many categories SexLikeReal has, adding these breakdowns probably wasn’t very easy—so thanks again to them for going the extra mile.

There are two types of videos on SexLikeReal: the pre-recorded and live shows. Like your average camsite, you can interact with the performer via a group text, direct message them, send a tip or start a private show.

For the pre-recorded videos, you get a brief preview that provides a good overview of its content.

SexLikeReal gets this, and then some: so each video, there’s a two-minute or so video preview, and you can take a gander at a set of screenshots to give you all you need to know if it or any of SexLikeReal’s videos are going to be what you’re looking for.

There’s also space where users can leave comments, though as when this is also on similar sites, their value can be a bit thin. Still, it’s cool SexLikeReal allows its users an opportunity to express themselves.

This section gets into where SexLikeReal sets itself apart like no one, as there are numerous ways to view what they offer.

As this is, after all, a virtual reality site, to get a fully immersive experience, you can download DeoVR, a third-party software package available on the Steam store, or fire up the SexLikeReal app on your Android phone.

Yep, you read that right as it looks like when it comes to supportive platforms, SexLikeReal isn’t all that friendly towards Apple users.

But to be clear, you can watch the videos on your Macintosh computer or iOS device using the DeoVR Video Player app though it isn’t as smooth an experience as it is with PC-based devices.

Besides, you don’t have to use VR to watch any of SexLikeReal’s videos since they work quite well in 2D. It’s they’re going to appear somewhat … less, as you’ll lose the immersive power of virtual reality.

They go so far as to offer geek-speak advice on what hardware is needed to watch their videos, which includes “If choosing another GPU manufacturer make sure it decodes 8192×4096@60FPS h.265 videos.”

Here’s where things get fun; as SexLikeReal may not be all that welcoming when it comes to VR rigs, they see and embrace the future by making a good number of their videos able to work with smart sextoys.

So if you have a Fleshlight Launch, Kiiroo Keon, TheHandy, or an Onyx+, you can set them up to act in accordance with what’s happening on screen.

They even provide a step-by-step guide on setting everything up. But Apple users still won’t be able to enjoy the fun.

To get things rolling—and vibrating or oscillating—first, install DeoVR on your PC or the SexLikeReal app on your Android phone. Both your smartphone and your computer need to be Bluetooth enabled so your sextoy can talk to the former and then to the latter.

Naturally, this interactive fun comes with a teeny-tiny caveat: gaining access to the scripting to make all this interactivity sexiness work requires a special SLR Premium membership.

How much does SexLikeReal cost?

Paying for SexLikeReal is a bit on the hefty side, as it’s considerably higher than many of their competitors are asking for.

Though the more time you pay for, like by the month or an entire year, the less you’ll end up shelling out. For example, you’ll save 47% if you choose to go with an annual membership.

If you’re considering SexLikeReal for its interactivity, then here’s a dash of cold water: the basic Premium membership doesn’t cover those all-important scripts that allow your sextoy to work with the site’s content.

Instead, you’ll have to sign up for their special SLR Premium+ Scripts plan, which is considerably more than the site’s basic rate.

In SexLikeReal’ss favor, either plan gives you access to all those 15,000+ virtual reality videos. But if you’re into live shows, you’ll need to spent extra for tokens to tip the performers. 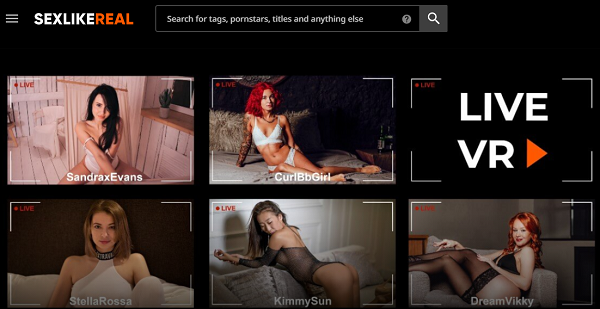 Hate to disappoint; if you’re hoping SexLikeReal has a freebie or low-cost, sample rate you’re out of luck. They do have a single-month one, though I wouldn’t call it remarkably affordable as it’s well into double digits.

In their defense, they offer good-length video previews so you can sample a bit of what they’re selling. It’s more of a problem if you want to see if their interactive content works with your phone, computer, or smart sextoy since you’ll need to pay those double digits for the SLR Premium membership to find out. 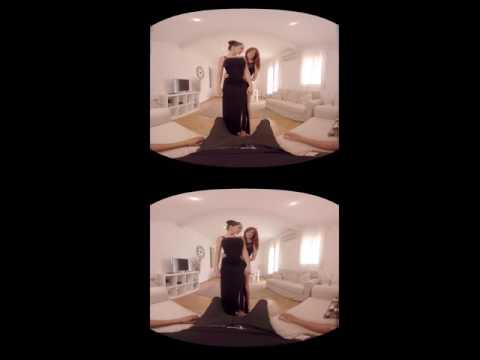 Reviewing SexLikeReal is like trying to get a fussy scale to balance perfectly: every good point in its favor causing things to swing wildly one way, and less-than-good ones jerking it as dramatically in the opposite direction.

But as I’m here to give at least something of my final say on the matter, I have no problem saying SexLikeReal is a fantastic site and worth paying for—with the hemming and hawing of only if you’re a knowledgeable PC user with an Oculus Quest 2 and a current Android phone.

Otherwise, I recommend you do your weighing of these positive and negative points of options in conjunction with your particular sexual needs as you could very well discover SexLikeReal genuinely makes you giddy with excitement—and enough for you to spend your hard-earned dollars paying for it.