Once upon a time, a cam performer was lost in the woods of adult platforms trying to find the ideal one to sign up with.

The first they tried was too hot, small—take your pick—and the one after that was too cold, large—and then, after looking for a very long time, they found one that was neither excessively hot/cold/small/large: a place that was just right.

If only it was that simple (sigh), as there’s far more to weight when judging how good a platform might be for you: ease of use, percentage they take out of your hard-earned dollars, what they give you to offer to your fans, support … the list goes on and on and (deep breath) on.

Hopefully, this is why reviews like this may help narrow down your search—or, at least, allow you to scratch off a few off your maybe list.

This time I’m going to be delving into MYM.Fans, a “private social network,” and if it’s worth considering or should have a line drawn through it. 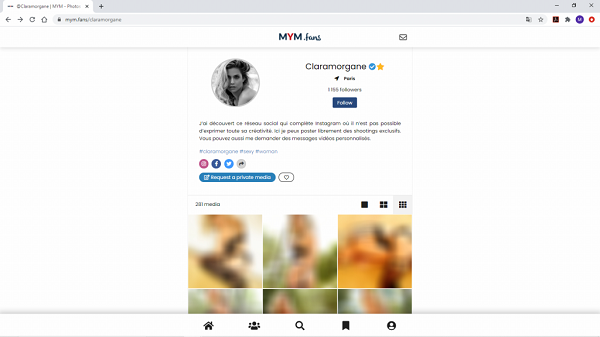 Akin to others in the field, getting going with MYM.fans isn’t particularly complicated. In fact, putting it up against a few there it’s actually simpler as all that you really need is an official ID card, to validate who you are and that you’re over 18 years of age, along with a few more bits of additional info.

However, it recommended—though not at all required—that you should have a considerable fan base already established before you sign on their dotted line.

Again, this is far from newsworthy is MYM.fans shares this in common with its competition, though they are quite clear that this, too, is not a deal-breaker: just that having a pre-existing audience will make it considerably easier to turn them into paying subscribers.

How does MYM.fans work?

Here they differ somewhat, as—after signing up, of course—potential subscribers won’t see anything but, as they put it, blurred out content. After paying up, your fans will then be able to see what they couldn’t before.

As a performer, you have the option to share uncensored media to get those unpaying fans a taste treat of what to expect if they’d just shell out those glorious dollars.

On top of that, they have a “push” option where a performer can zap out media to their existing or potential subscribers and even those who used to be via a group message system with, as MYM.fans says on their support page: “You set a price for this media, and each recipient must pay this price to instantly unlock the media!”

What does MYM.fans charge? 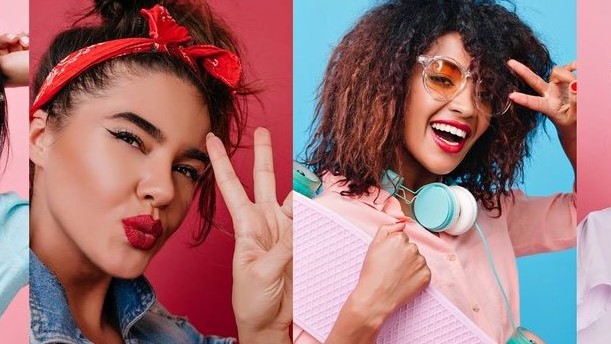 Here things get … well, maybe not actually confusing but definitely a touch more complicated than with the other platforms out there.

How complicated? Please allow me to walk you through it, again after referencing their support page on the matter.

To begin with, there are bank charges to contend with. By this, I mean that they currently have Checkout and Epoch as their twin “payout partners” and though MYM.Fans say they are some of the best in the business they charge 7% of every transaction.

Then there are the fees, with the complexity continuing as what you make depends on what amount MYM.Fans will take. Back to their own support age, they break it a performer’s take home as 90% for tips, 80% on private media, and then 75% for subscriptions.

This makes weighing them against their fellow sites a, you guessed it, complicated as if you use tips all on its lonesome it’s sounds like a no-brainer to sign up with them as that’s remarkably less than with OnlyFans—to name just one of those fellows.

BUT, if you look at subscriptions only, MYM.Fans doesn’t fare as well with the giant that’s the already-mentioned OnlyFans, along with a significant number of their competitors, taking a scant 20%.

Can you make a lot with MYM.fans? 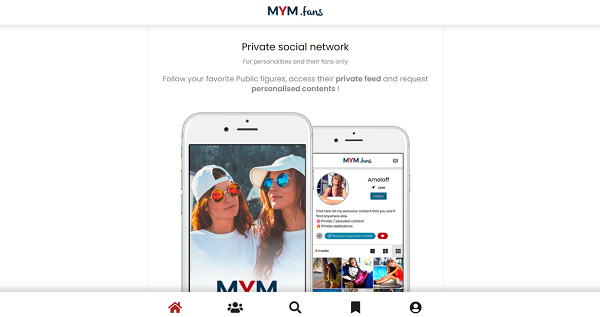 Here we go again with talking about complexity, as this all has to do with all kinds of Goldilocks-like decisions, starting off with how many fans you have already wrangled, the amount of those who are willing to pay for content, and then revisiting that MYM.Fans has that unique breakdown of how much they want of how much you make.

So if you have a lot of fans totally cool with subscribing then, measuring them yet again against different platforms, you’ll do won’t necessarily do better with MYM.Fans.

How does MYM.fans payout?

Here’s a too-brief open letter to their management: enough with the complexity already!

Remember how I said that signing up with MYM.Fans isn’t particularly challenging? In all honestly, that’s true … however from there things aren’t quite so much.

It goes like this: after you’ve made those early steps, you next have to certify your account—which is where things are not as simple.

Ready? Here we go: have at least one subscriber and have posted five items of content, then fill out your contact details keeping an eye that they have to match your ID, then enter your phone number that’ll be used to confirm it and you with a text code, then put in your bank information, then scan your government issued ID, then take a picture of yourself holding a print out of a code MYM.Fans will send you, then—and only then—you’ll be certified.

After all that, you’ll be able to get what’s coming to you. Financially, that is. Here MYM.Fans receives a silver star as you can request a payout, as long as it’s over $50 once or twice a week/month.

I used silver here as there are other platforms that, though often with a fee attached, also let you request practically at any time.

Ways to make money with MYM.fans 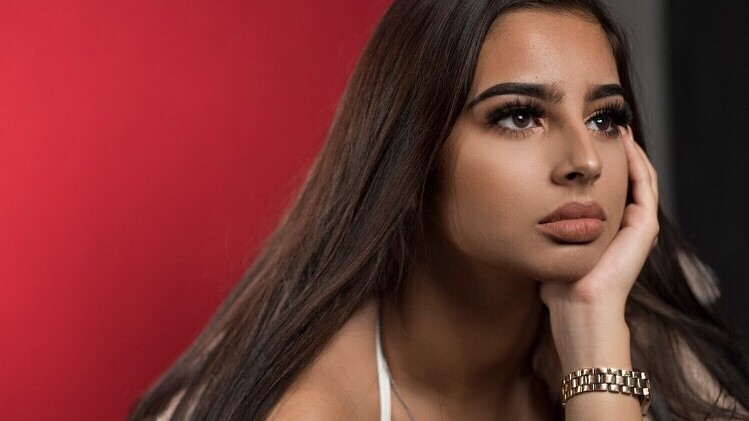 No especially exciting surprise here, as you can tantalize your fans with free content to get them all hot and bothered, blurred out stuff visible to subscribers only, and—if they want that kind of stuff—content you create exclusively for high-paying fans.

Despite their reasonably adequate support page, I couldn’t find any listing for what kind of media they accept. I freely admit I may have simply missed it, though if I didn’t and this means you, as a performer, can get this info only once you actually sign up with them then this is not great for MYM.Fans.

Added benefits to signing with MYM.fans

For those out there concerned about protecting their content from pirates and the like, MYM.Fans is on record for working as hard as they can to prevent and, if anything should do where it shouldn’t, helping performers to deal with it.

They also have a newsletter that’s sent out to some three million users which performers can be listed in. If, that is, they meet another set of restrictions, including that pictures have to be submitted to their editorial team and can’t include emojis, is “non-suggestive” (whatever the hell that means), and meets that team’s standard (whatever the hell that means, part 2).

Too small, too cold, too large, too hot—so after all’s said and done does MYM.Fans fit into the “just right” category for all you Goldilocks adult performers out there?

As I admit to too doing a possibly excessive number of times in my other reviews of these platforms, if MYM.Fans puts a big grin on your face and nice amounts of cash in your pocket then more power to you!

It’s just in doing my research for this particular review I have to say that MYM.Fans doesn’t fair very well when compared to its competition.

This is particularly true in what it doesn’t give performers to work with. As an example—or three—there’s no marketplace, option to livestream, or all those additionally cool possibilities other sites provide for their content creators.

Then there’s the issue that though their support page answers some questions it falls notable short in providing essentials like what media is supported. Notice, too, I didn’t revisit my critical comments on how complicated MYM.Fans appears about percentage payouts and getting certified.

Lastly, and I know this is going to be entirely subjective, there’s what I guess I’d call their attitude, at least what I felt reading over all those support pages. Looking back at what I learned about similar platforms, often they had this noticeably positive approach towards their performers: making working with them, and making money, as easy as possible.

Not so with MYM.Fans as I came away feeling that there were more frustrating obstacles to overcome—just look at what it takes to even be considered for their newsletter—than enticing possibilities.