How do you grade your sex life? Is it banging fun? Do you consider it so-so?

If you are leaning towards the mediocre, then the pelvic weights from Je Joue will bring back the spiciness in your bedroom.

This little toy will definitely put you on Santa’s naughty list so go ahead and read this Je Joue Ami review and you will uncover all of its arousing mysteries.

What is it the Je Joue Ami?

Je Joue has outdone itself again. They have crafted this toy so as to give their loyal patrons more fun in the bedroom.

It strengthens her pelvic muscles so you will hear her moan more loudly as it intensifies her senses during lovemaking.

Pelvic weights have also been scientifically proven to treat incontinence in ladies. Other than that, belly dancers swear that Je Joue Ami has a greatly helped them in their exercise. 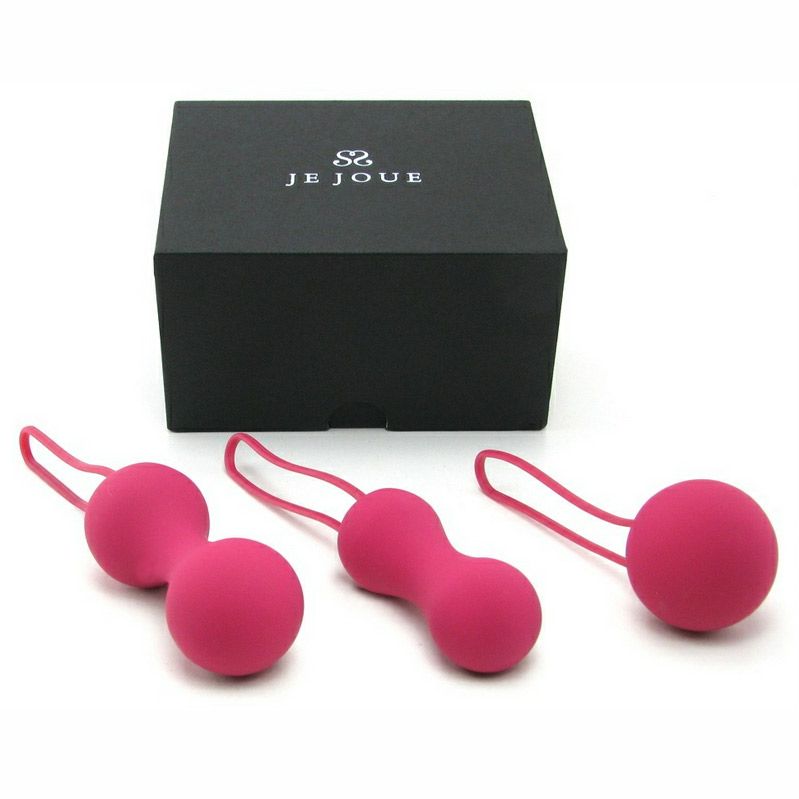 This sex toy that also works as an exercise accessory is composed of three balls.

The first one is just a single ball. It is the largest among the three kegel balls while the second one is smaller and is a much heavier double ball.

If you have not seen vaginal weights, then you can imagine that they look like small dumbbells. They are small enough to be used in her vagina.

The third ball is the heaviest, but it is smaller than the second one. You can distinctly feel their weight if they are just in your hand.

But users say that it is barely noticeable once they are being used.

It is highly recommended to use a water-based lube when using the Je Joue Ami. This will make the vaginal weights easier to insert.

You can put the kegel balls yourself to make the task a tad kinky as she will find it hard to put it on herself.

She can do it on her own as it is like wearing a tampon. But where is the fun in that?

To begin this exercise, she has to locate her PC muscle. This task is something that you cannot help her with as she can do this while she is urinating.

She must pause her urine. The muscle that she uses to stop her urine is her PC muscle. If you want to join in the fun, you can put it on as she lies on her back with her knees bent.

This task can be more pleasurable during her fertile period as she is more lubricated.

Thus, there is no need to apply additional lubricant on her. Its manual recommends that she uses this toy for a maximum of one hour.

But she may want to train using these vaginal dumbbells three days out of a week. She will eventually feel more comfortable wearing them for longer periods of time.

When the sun sets, you would see a big difference on her as she will purr more loudly with this on.

This is so because the vaginal weights stretch the muscles that contract during orgasm. This would enhance her senses as you plunge in and out of her.

It has been mentioned earlier that this toy comes in three balls.

This will give her a chance to increase her pelvic muscle strength as she tries on the next ball. But the question here is which ball would best fit her needs.

What’s in the box?

Je Joue has made an effort in this sex toy. They will ship you the Je Joue Ami in incredibly classy boxes. The outer boxes are colored teal with feathers on it.

The boxes look so elegant that you would not mind that they have not included another storage bag with it. But they have placed the AMI itself in a classy tray.

They have also included the instruction manual in the box.

How does it feel?

People who are used to kegel exercise say that this sex toy feels like as if one is wearing a tampon. It will not cause any unease.

But what is awesome about this is that it will enhance the sensations during sex.

This can be felt by both partners as she can have a better pelvic grip on your penis. This will lead to a whole new level on your lovemaking.

Other than that, this sex toy contains small balls that crash around her. This will give her an arousing sensation even before foreplay.

The Je Joue Ami might be a tad annoying especially if the woman is ovulating. This is because she is more lubricated during this time of the month.

This particular kegel ball usually keeps on slipping off her which makes it quite annoying. 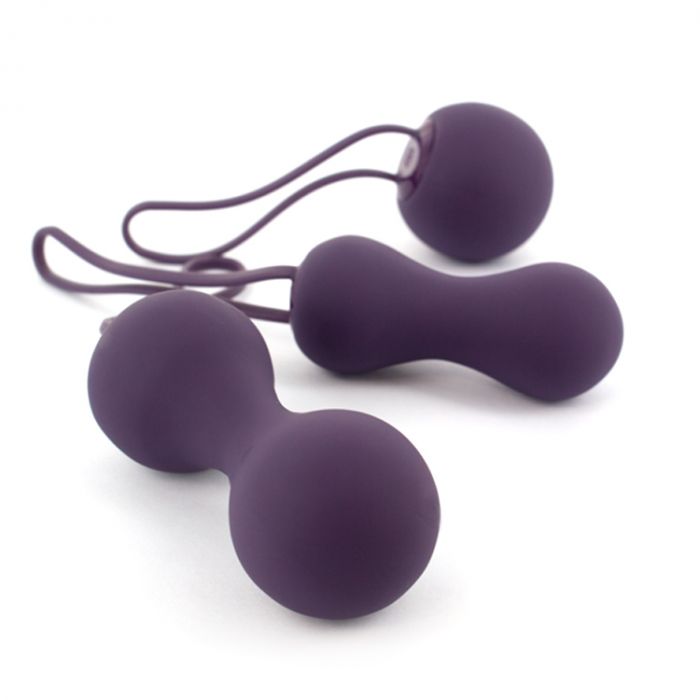 This sex toy is great for those who are new to the pelvic exercising thing.

It is highly recommended for those who are suffering from incontinence as it restores the strength of the muscle that controls urine flow, as well as those who want to get pregnant as it prepares the vagina for delivery.

It is also excellent for those who have just given birth as it can help her female part physically recover.

But if one is used to kegel balls, then she will not find this sex toy challenging.

Je Joue is once again revolutionizing the sex toy industry with its Ami. This accessory will not only make things steamy in the bedroom. But it is good for her health too.

We-Vibe Chorus vs We-Vibe Sync: Should You Upgrade?

Lovense Domi 2 Review: Is it Dominating the Game?

Please log in again. The login page will open in a new tab. After logging in you can close it and return to this page.